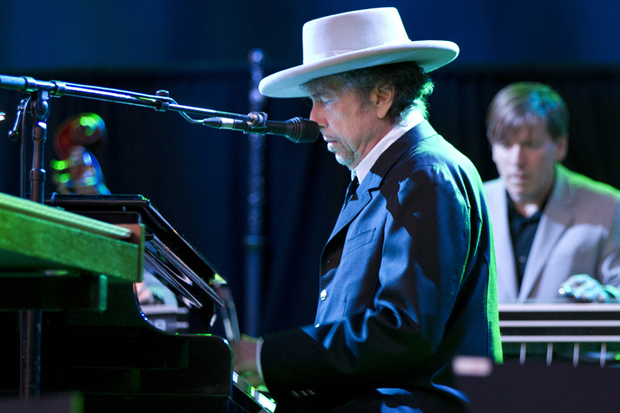 In France, Bob Dylan is being officially investigated for “incitement to hatred” against Croats for comparing their relationship to Serbs with that between Nazis and Jews in an interview.

When it comes to assessing global protection for access to information, not one European Union member state ranks in the list of the top 10 countries, while increasingly influential democracies such as India do. Two member states, Cyprus and Spain, are still without any freedom of information laws. Of those that do, many are weak by international standards (see table below).

In many states, the law is not enforced properly. In Italy, public bodies fail to respond to 73% of requests.

The Council of Europe has also developed a Convention on Access to Official Documents, the first internationally binding legal instrument to recognise the right to access the official documents of public authorities. Only seven EU member states have signed up the convention.

As a result, the European Commission has embedded limited access to information in its internal protocols. Yet, while the European Parliament has reaffirmed its commitment to give EU citizens more access to official EU documents, it is still the case that not all EU institutions, offices, bodies and agencies are acting on their freedom of information commitments. The Danish government used their EU presidency in the first half of 2012 to attempt to forge an agreement between the European Commission, the Parliament and member states to open up public access to EU documents. This attempt failed after a hostile response from the Commission. Attempts by the Cypriot and Irish presidencies to unblock the matter in the Council also failed.

This lack of transparency can and has impacted on public’s knowledge of how decisions that affect human rights have been made. The European Ombudsman, P. Nikiforos Diamandouros, has criticised the European Commission for denying access to documents concerning its view of the United Kingdom’s decision to opt out from the EU Charter of Fundamental Rights. In 2013, Sophie in’t Veld MEP was barred from obtaining diplomatic documents relating to the Commission’s position on the proposed Anti-Counterfeiting Trade Agreement (ACTA).

Across the European Union, hate speech laws, and in particular their interpretation, vary with regard to how they impact on the protection for freedom of expression. In some countries, notably Poland and France, hate speech laws do not allow enough protection for free expression. The Council of the European Union has taken action on combating certain forms and expressions of racism and xenophobia by promoting use of the criminal law within nation states in its 2008 Framework Decision. Yet, the Framework Decision failed to adequately protect freedom of expression in particular on controversial historical debate.

Throughout European history, hate speech has been highly problematic, from the experience and ramifications of the Holocaust through to the direct incitement of ethnic violence via the state run media during wars in the former Yugoslavia. However, it is vital that hate speech laws are proportionate in order to protect freedom of expression.

Article 256 and 257 of the Polish Criminal Code criminalise individuals who intentionally offend religious feelings. The law criminalises public expression that insults a person or a group on account of national, ethnic, racial, or religious affiliation or the lack of a religious affiliation. Article 54 of the Polish Constitution protects freedom of speech but Article 13 prohibits any programmes or activities that promote racial or national hatred. Television is restricted by the Broadcasting Act, which states that programmes or other broadcasts must “respect the religious beliefs of the public and respect especially the Christian system of values”. In 2010, two singers, Doda and Adam Darski, where charged with violating the criminal code for their public criticism of Christianity.[2] France prohibits hate speech and insult, which are deemed to be both “public and private”, through its penal code[3] and through its press laws[4]. This criminalises speech that may have caused no significant harm whatsoever to society, which is disproportionate. Singer Bob Dylan faces the possibility of prosecution for hate speech in France. The prosecutor’s office in Paris confirmed that Dylan has been placed under formal investigation by Paris’s Main Court for “public injury” and “incitement to hatred” after he compared the relationship between Croats and Serbs to that of Nazis and Jews.

The inclusion of incitement to hatred on the grounds of sexual orientation into hate speech laws is a fairly recent development. The United Kingdom’s hate speech laws contain specific provisions to protect freedom of expression[5] but these provisions are not absolute. In a landmark case in 2012, three men were convicted after distributing leaflets in Derby depicting a mannequin in a hangman’s noose and calling for the death sentence for homosexuality. The European Court of Human Rights ruled on this issue in its landmark judgment Vejdeland v. Sweden, which upheld the decision reached by the Swedish Supreme Court to convict four individuals for homophobic speech after they distributed homophobic leaflets in the lockers of pupils at a secondary school. The applicants claimed that the Swedish Supreme Court’s decision to convict them constituted an illegitimate interference with their freedom of expression. The ECtHR found no violation of Article 10, noting even if there was, the interference served a legitimate aim, namely “the protection of the reputation and rights of others”.

Beyond the 2008 EU Framework Decision, the EU has taken specific action to deal with hate speech in the Audiovisual Media Service Directive. Article 6 of the Directive states the authorities in each member state “must ensure by appropriate means that audiovisual media services provided by media service providers under their jurisdiction do not contain any incitement to hatred based on race, sex, religion or nationality”.

Hate speech legislation, particularly at European Union level, and the way this legislation is interpreted, must take into account freedom of expression in order to avoid disproportionate criminalisation of unpopular or offensive viewpoints or impede the study and debate of matters of historical importance.

[2] The police charged vocalist and guitarist Adam Darski of Polish death metal band Behemoth with violating the Criminal Code for a performance in 2007 in Gdynia during which Darski allegedly called the Catholic Church “the most murderous cult on the planet” and tore up a copy of the Bible; singer Doda, whose real name is Dorota Rabczewska, was charged with violating the Criminal Code for saying in 2009 that the Bible was “unbelievable” and written by people “drunk on wine and smoking some kind of herbs”.

[5] The Racial and Religious Hatred Act 2006 amended the Public Order Act 1986 by adding Part 3A[12] to criminalising attempting to “stir up religious hatred.” A further provision to protect freedom of expression (Section 29J) was added: “Nothing in this Part shall be read or given effect in a way which prohibits or restricts discussion, criticism or expressions of antipathy, dislike, ridicule, insult or abuse of particular religions or the beliefs or practices of their adherents, or of any other belief system or the beliefs or practices of its adherents, or proselytising or urging adherents of a different religion or belief system to cease practising their religion or belief system.”