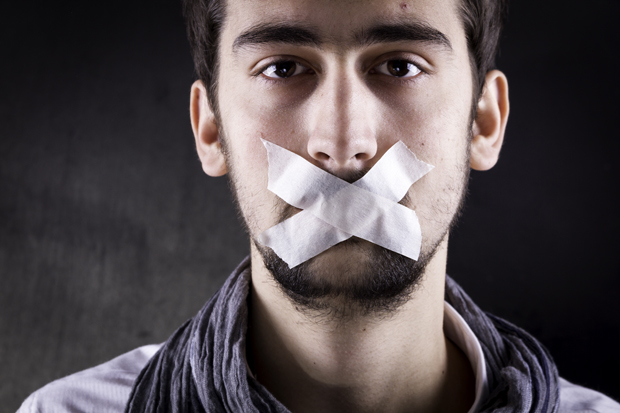 The parliamentary struggle over the UK government’s gagging bill, which has overshadowed Westminster in recent months, is all but over. And the end result is bad news for British democracy.

Yesterday ministers secured their final victories against freedom of speech campaigners. Their plans to make it much harder for charities to get their voices heard during election periods – exactly when their contribution is needed most – are about to become law as a result.

The transparency of lobbying, non-party campaigning and trade union administration bill, to give it its full title, has troubled civil liberties activists from start to finish.

Its attempted clampdown on the public affairs industry by forcing third-party lobbyists on to a statutory register, has been roundly dismissed because in-house lobbyists – the vast majority – are simply not included.

This flawed solution to the bill’s main target has been accompanied by a brutal attack on the voluntary sector. The government’s aim was to force small-scale charities, community groups and the like on to a complicated regulatory regime.

Such would have been the chilling effect of this law that most local-issue campaigning during elections would have been stifled when it came to election time. No surprise the legislation was dubbed the ‘gagging bill’.

As it was, bitter opposition to the proposals finally forced ministers to the negotiating table. Instead of lowering the threshold at which charities must begin reporting their activities to the Electoral Commission watchdog, it was increased to £20,000.

This was a major concession. There were other, smaller retreats too, on how long ‘election time’ actually means — it was reduced from one year to 7.5 months — and by excluding some costs like spending on translation into Welsh, or security, from controlled expenditure.

Ultimately, though, these alterations failed to change the bill’s big impact: that important voices encouraging politicians to make promises, and then holding them to their word, are to be stifled.

The Lords did its best to limit the damage. It inflicted embarrassing defeats on the government, which meant when the bill returned to the Commons yesterday MPs had to vote on whether or not to overturn the changes.

As the bill was being debated in the Commons chamber the atmosphere was one of resentment and frustration from the opposition benches — and a smug superiority from ministers. They knew they had already won the war. Now they were about to win the last of its battles, too.

A critical division came over staffing costs. For the bigger household names, like Countryside Alliance or Oxfam, this really matters.

The gagging bill is reducing the total amount a campaigning group can spend in a general election period from £988,000 to £390,000. Say it employs ten staff on a £20,000 salary — by including the staffing costs, the amount actually available to spend on leaflets and demonstrations and advertising is slashed still further.

Yesterday the government whipped its MPs against the Lords amendments. Groups like 38 Degrees had been mobilising their members to urge wavering MPs to rebel. In their offices earlier this week, staff expressed delight as the number of emails sent to backbenchers who’d previously expressed disquiet shot upwards.

Back in parliament, the mood at this campaigning onslaught was grim. One MP I spoke to was so worked up he got his staff to forward me the emails as they came in, to demonstrate just how disruptive they were. The flood which followed was, indeed, deeply irritating – about 50 poured in over the course of just a couple of hours.

Elsewhere, a Tory veteran even phoned up the police to complain about a group of activists wanting to petition him at his home. The bitter irony of this didn’t pass unnoticed.

Ultimately, all the efforts to sway the Commons didn’t make much of a difference. When it came to a vote the coalition’s majority was reduced to 32. But it still won, and the Lords’ improvements were consigned to history.

What caused this diminishing of our democracy? It’s mostly the result of those in power simply not caring much for the views of others. The latest reports from Downing Street indicate that senior No 10 strategists are desperate to find ways of reducing the pledges which candidates make during general elections. It’s much easier to avoid breaking promises, after all, if you haven’t made them in the first place.

And yet that is exactly what democracy, and free speech in Britain, are about: the ability to highlight when politicians are not sticking to their commitments, and the opportunity to encourage them to stick by a cause. Charities are a vital part of this, but the gagging bill is undermining their ability to make the case.

The result is not so much a law which makes it almost impossible for small-scale charities and voluntary groups to campaign during general elections, but one which merely makes the lives of their employees more difficult and awkward.

At the end of it all, democracy in Britain has got just a little bit worse. Our future elections will be slightly poorer affairs than before. The country we were in 2013 is not the country we shall be when, in a short while, the Queen finally hands royal approval to her government’s gagging bill.