NEWS
Limits on surveillance: A global right to privacy
29 Jan 2014
BY BINOY KAMPMARK 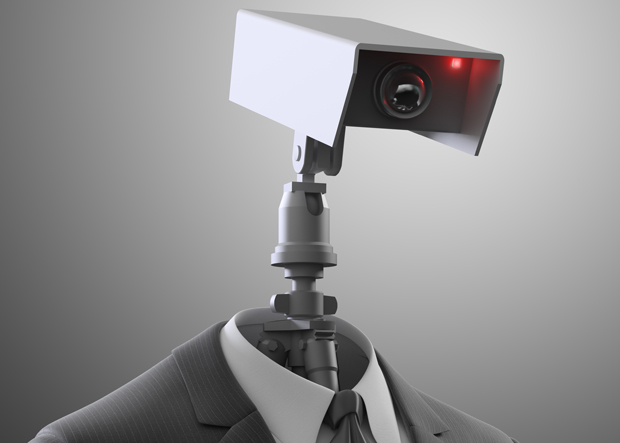 The revelations by Edward Snowden last June about massive, unaccountable surveillance by the US National Security Agency (NSA) and its British counterpart GCHQ have raised one vital question.  Is there a global right of privacy?  If so, what form might it take?

In November 2013, Kenneth Roth, the executive director of Human Rights Watch, argued in favour of a global human right of privacy. “All [governments] should acknowledge a global obligation to protect everyone’s privacy, clarify the limits on their own surveillance practices (including surveillance of people outside their own borders), and ensure they don’t trade mass surveillance data to evade their own obligations.”

Fundamental to this discussion is the role technology has played in outpacing legal oversight.  In April 2013, the report of the United Nations Special Rapporteur on the promotion and protection of the right to freedom of opinion and expression had one express focus: To examine “the implications of states’ surveillance of communications in the exercise of the human rights to privacy and to freedom of opinion and expression.”  In the Rapporteur’s view, it was clear that the march of technology, with its move to low cost mobile communications as opposed to previous fixed-line methods had “increased opportunities for state surveillance and interventions into individuals’ private communications.”  Borderless surveillance has become a reality.

In their remarkable article on privacy in the Harvard Law Review of 1890, Louis D. Brandeis and Samuel D. Warren argued that, “The press is overstepping in every direction the obvious bounds of propriety and decency.  Gossip is no longer the resource of the idle and the vicious, but has become a trade”.  Through sharp, analogical reasoning, the jurists decided that grounds for a civil wrong in breaching privacy might be found.  The law had to keep pace with the type of technology involved.  In their times, it was the telegraph.

International law accepts that a right to privacy exists and should be protected. Article 12 of the Universal Declaration of Human Rights (1948) makes it explicit.  The International Covenant on Civil and Political Rights, through Article 17, has the same effect.  Article 8 of the Convention for the Protection of Human Rights and Fundamental Freedoms has spawned rich jurisprudence on the subject.  The Organisation for Economic Cooperation and Development, and the Council of Europe, have various guidelines and protocols in place for data protection.

That said, common law countries such as Britain and Australia have shown a reluctance to find a genuine civil wrong when someone’s privacy is violated.  Preference is given to finding a breach of confidence.  In the United States, there is a reasonable expectation under the Fourth Amendment that one’s privacy will be protected, though it has no application to foreigners.  Civil code countries have shown a greater willingness to identify the human body as inviolable before unwarranted interference.

Analysts have argued that a protected global right to privacy is urgent because the global surveillance state has itself become a reality. It is not merely sufficient to restrain through warrant and judicial control the actions of the NSA regarding American citizens.  As David Cole of the Georgetown University Law Centre argues  (Just Security, Oct 29, 2013), focus must lie beyond the limited social contract between US government and its citizens.  The rights of non-US citizens to privacy, in other words, extra-territorial rights, matter.  Privacy rights are transnational issues, requiring transnational measures of protection.

In the United States, President Barack Obama has at least acknowledged the globalised nature of the surveillance problem, and the need for global protections that consider the rights of non-US citizens as well.  His latest suggestions can be found in Presidential Policy Directive 28 (PPD-28.

A notable feature in PPD-28 is the restriction on monitoring foreign citizens, which might be termed the “Merkel” clause after it was revealed that the German Chancellor’s phone was being monitored by the NSA.  Section 4 of PPD-28 also serves to create the machinery by which the US will form a “point of contact for foreign governments who wish to raise concerns regarding signals intelligence activities conducted by the United States.”

In these proposals, Obama fails, as executive director of Amnesty International USA Steven W. Hawkins explains, to accept “the abusive nature of mass surveillance or put international human rights standards at the centre of US policy”. They do not so much curtail surveillance as simply limit aspects of its reach.  Executive Order 12333 still affords Obama powers to authorise surveillance programs without judicial review. The law is still kept at arm’s length.

The normalisation of Stasiland is the great feature of the twenty first century – no political system has been spared that, largely because the technological means have outpaced the legal regulations.  A collective of some 500 writers, among them Margaret Atwood, Martin Amis, and Don DeLillo, have argued via a petition in December 2013 that, “A person under surveillance is no longer free; a society under surveillance is no longer a democracy.  To maintain any validity, our democratic rights must apply in virtual as in real space.”  It is time to consider not merely limits to the bulk surveillance, but enforceable obligations on the part of states to abide by a global rule on privacy.