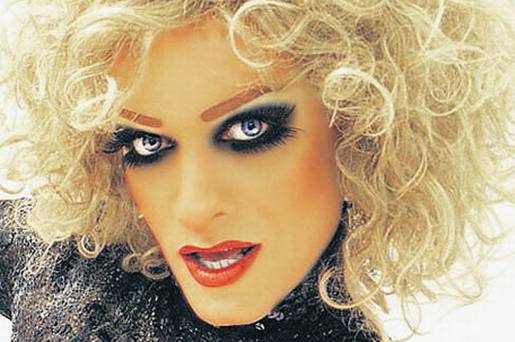 Is it possible to be opposed to gay rights without being homophobic? Is belief in a “cure” for homosexuality proof of prejudice against gay people?

On the other hand, is it libelous to call a Catholic commentator “homophobic”?

Ireland has been dealing with these questions for the past week.

On Saturday, Rory O’Neill, a well-known drag artist who has performed for many years under the name Panti, appeared on RTE’s The Saturday Night Show.

O’Neill made some interesting points at the progress gay people have made in Ireland, suggesting that because of the country’s small population, societal change can happen much more rapidly. He told chat show host Brendan O’Connor:

So much has changed. And I think em a small country like Ireland sometimes we get a bad rap because people think “oh small conservative country blah blah blah”. But actually I think a small country like Ireland changes much faster than a big country because absolutely…I’m..think about it every single person in this audience has a cousin or a neighbour or the guy that you work with who is a flaming queen. I mean you all know one. And it’s very hard to hold prejudices against people when you actually know those people. And Ireland because it’s such small communities grouped together, everybody knows the local gay and you know maybe twenty years ago it was okay to be really mean about him but nowadays it’s just not okay to be really mean about him. The only place that you see it’s okay to be really horrible and mean about gays is you know on the internet in the comments and you know people who make a living writing opinion pieces for newspapers.”

When pressed on whether he meant anyone specific, O’Neill named Irish Times columnists John Waters and Breda O’Brien, and also the Iona Institute, a conservative Catholic think tank whose founder, David Quinn, makes regular appearances in print and broadcast media (though O’Neill did not mention Quinn in person).

O’Neill went on to suggest that while these people may not actually describe themselves, or see themselves, as homophobic, their position on gay marriage, for example, was essentially homophobic:

What it boils down to is if you’re going to argue that gay people need to be treated in any way differently than everybody else or should be in anyway less, or their relationships should be in anyway less then I’m sorry, yes you are a homophobe and the good thing to do is to sit, step back, recognise that you have some homophobic tendencies and work on that.”

Robust, perhaps, but not an unheard of position, and one that the likes of Quinn, O’Brien and Waters could have responded to in their respective columns.

That’s not quite what has happened.

On Saturday night, the same night O’Neill was on TV denouncing the Iona Institute, a researcher for the organisation, Tom O’Gorman, was brutally killed in his home in Dublin, apparently after an argument over a chess game.

On Wednesday, news site thejournal.ie reported that the national broadcaster had removed the edition of The Saturday Night Show from its RTE player website, edited out references to the various columnists and the Iona Institute, and uploaded the show again. RTE confirmed to the Journal that:

Last weekend’s The Saturday Night Show was removed from the Player due to potential legal issues and for reasons of sensitivity following the death of Tom O’Gorman as would be standard practice in such situations.”

The sensitivity question is an interesting one: While anyone would feel sympathy towards the members of the Iona Institute following the loss of their colleague, the slain O’Gorman himself was not named by O’Neill, and the fact of a brutal murder does not put the Institute’s views beyond debate.

So what were the “legal issues”? Could they be related to the murder investigation? Hard to see how.

Yesterday, Broadsheet.ie, another news site, published a transcript of the deleted scenes, along with correspondence in which the national broadcaster warned them “You are hereby put on notice that the publication and continued publication of this interview and any transcripts thereof may be defamatory.”

“Concerns” had apparently been raised about the interview, though RTE did not say by whom.

Meanwhile, O’Neill tweeted that he had started receiving legal letters – again, he did not say from whom, except that some were expected and some were not.

So the solicitors letters have started arriving. And not even the ones I was expecting!

Oh, and here’s another solicitors letter and this one I WAS expecting.

The Irish Independent reported, however, that Waters lawyers had been in touch with RTE, and that O’Brien was seeking advice. The Iona Institute refused to comment.*

Just as that case moved into another stage, The God Slot, RTE radio’s flagship religion programme managed to start a whole new row over how Ireland talks about gay people. The show’s twitter account, trailing the contents of the Friday evening episode, tweeted: “Can gays be cured of being gay? Try The God Slot Fri 17/01”.

The crass wording led to an avalanche of criticism, which the poor soul running the account did not handle very well at all. In fact, they ended up saying critics who objected to the implication that gay people could be “cured” were, in fact, engaging in “fascism masquerading as liberalism” Both tweets have since been deleted, and RTE has attempted to explain that the item on the show is actually dedicated to refuting claims for “gay cures”. But the defensiveness with which the show initially handled criticism suggests that the RTE employee handling the account did not understand what people would perceive as wrong with the post.

The irony is that LGBT rights have made enormous progress in Ireland since homosexuality was decriminalised in 1993. People such as Panti were at the forefront of making gay people visible back then. These days, even sports stars such as hurler Donal Og Cusack can talk about their sexuality and get widespread support. Civil partnership is available for gay people, and there is a strong push for gay marriage.

There remains, though, a rump of conservative Catholicism which is moving from a point of authority to a point where it sees itself as victimised by a progressive, metropolitan elite. Hence the reported legal action against Panti. If the Catholic right was more confident in its arguments, it wouldn’t attempt to censor the other side. As commentator Gavan Titley put it: “Top tip: when you start losing the culture war you long hankered after, sue.”

Top tip: when you start losing the ‘culture war’ you long hankered after, sue.

*UPDATE: Panti has posted the following on Facebook regarding legal letters: “There has been a lot of speculation so for the sake of clarity: I have not received any correspondence, legal or otherwise, from John Waters. I have received four solicitors letters on behalf of Breda O’Brien, David Quinn, Patricia Casey, and John Murray, all of whom are associated with the Iona Institute. If you are going to comment, please be careful and measured!”