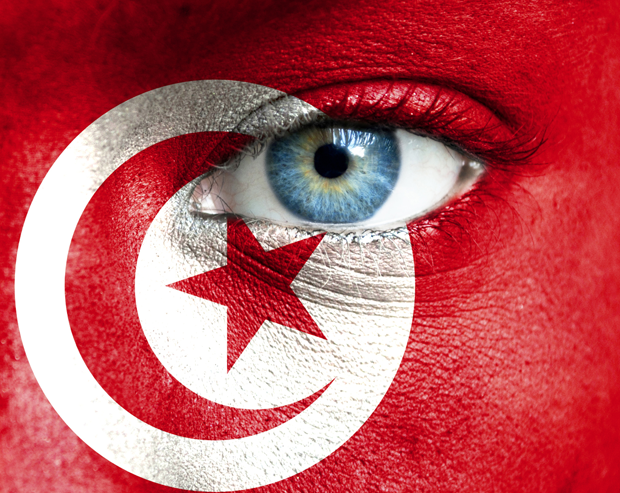 Tunisia’s National Constituent Assembly (NCA) is voting on a 146-article constitution, following a political crisis which put the country’s democratic transition on hold after the assassination of opposition deputy Mohamed Brahmi last July.

The NCA, where the Islamist Ennahdha Movement enjoys a 40% majority, was elected in October 2011 to draft a new constitution. To be adopted, each article requires a simple majority vote. NCA deputies will then have to approve the text in its entirety by a two-thirds majority.

Articles that guarantee freedom of expression, the rights to access information, protest and assembly, and to form unions, associations and parties were adopted last week. The charter also bans prior censorship on freedoms of thought, conscience, expression and publication (article 30) and enshrines freedom of creation (article 41) and the right to privacy and personal data protection (article 23). Article 48 further states that no future constitutional amendments that violate human rights and freedoms could be introduced to the text.

But, ironically, Tunisia’s self proclaimed progressive and secular opposition stand behind the introduction of an anti-free speech clause in the text. The NCA adopted an amendment to article 6 of the draft constitution banning Takfir (apostasy accusations). Article 6 guarantees freedoms of belief, conscience and religious practice.

On 5 January, the vote on the constitution was interrupted over death threats received by Popular Front deputy Mongi Rahoui. He said he received death threats following declarations made by Habib Ellouze, another NCA representative from Ennahdha. Speaking to the media, Ellouze referred to Rahoui as an “enemy to Islam”. The Interior Ministry confirmed the death threats against Rahoui and placed him under police protection.

“What [Ellouze] said yesterday, that I am an enemy of Islam, has lead to death threats against me”, Rahoui said at the assembly’s plenary session of 5 January. “How much more blood must there be before we understand that we are united”, he added. Rahoui was referring to the assassination of two other fellow Popular Front leaders, Chokri Belaid and Mohamed Brahmi. Belaid, in particular, a staunch critic of Islamists was before his assassination subject to fatwas labelling him as a ‘Kafir’ and an ‘enemy to Islam’ who should be killed.

Following Rahoui’s declaration, NCA deputies from the opposition demanded a revote on article 6 to add a clause ‘banning takfir and incitement to violence’. The clause was approved by 131 votes. But by moving to ban Takfir, Tunisia’s opposition acted out emotionally and without taking into consideration the chilling effect a similar clause could have on free speech. The banning of “apostasy accusations” could only open the door to more restrictions on free speech.

“In just few hours, we will be able to say that the opposition put up in place the first rock in the way of free expression”, Amira Yahyaoui, president of Albawsala, a transparency NGO tracking the NCA’s activities, tweeted before the vote. “How is it nice to watch our representatives unanimously voting in favour of draconian laws”, she added in another tweet.

Following to the opposition’s demands for a constitutional ban on Takfir, Ennahdha’s deputies also called for criminalisation of blasphemy. But, for lack of consensus among the negotiating NCA representatives, the suggestion was not submitted for a vote.

Initially, Tunisia’s Ennahdha did seek to ‘criminalise attacks on sanctities’ in a first draft of the constitution. However, those plans were dropped following negotiations with the other two parties in the ruling coalition. Article 6, still however includes a vague phrase tasking the State with “protecting sanctities” without specifying how, or defining and listing these sanctities.

Meanwhile, Tunisia’s recently established broadcast media regulator, the Independent High Authority for Audiovisual Communication (better known as HAICA) repeatedly expressed its reservations about the draft constitution. HAICA was established by decree 116 on freedom of the media, which was issued on 2 November 2011, to regulate the broadcast media sector.

On a positive move, the constituent assembly incorporated HAICA into the draft constitution. However, the HAICA board criticised provisions in the text threatening the authority’s independence and limiting its prerogatives. Article 122 of the draft constitution states that the Parliament shall elect HAICA’s board members. The media regulator says that this selection process will ‘strip HAICA from its independence’ and make it ‘submissive to the [parliamentary] majority’. Under article 124, HAICA has an ‘advisory’ mission and is not attributed ‘regulatory’ powers which would allow it to regulate and organise the broadcast sector as it is stipulated by decree 116.

The two articles are awaiting NCA’s approval as deputies will first have to discuss and vote on chapters related to the executive branch and the judiciary.