The legislation could allow for social networking sites such as Facebook to be barred, if they are deemed to be endangering public order 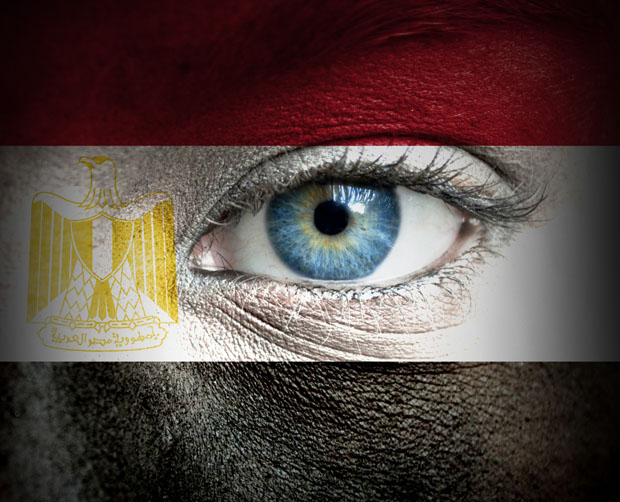 Statement: Egyptian authorities must stop their attacks on media freedom from Article 19, the Committee to Project Journalists, Index on Censorship and Reporters Without Borders. PDF: Arabic

The wording of proposed anti-terrorism legislation in Egypt has been leaked, sparking concern amongst opposition activists over upcoming government censorship. The legislation could allow for social networking sites such as Facebook to be barred, if they are deemed to be endangering public order.

Al Sherooq, an Arabic-language daily newspaper, reported on the news, stating that ant-terrorism legislation “for the first time includes new laws which guarantee control over ‘terrorism’ crimes in a comprehensive manner, starting with the monitoring of Facebook and the Internet, in order of them not to be used for terrorism purposes”.

According to Al Sherooq, the document is now being circulated around Cabinet for approval, and will build upon the country’s new constitution, recently approved with 98% support. The constitution includes provisions for emergency legislation at points of crisis.

The law is ostensibly designed to improve the ability of the military government to provide security, against a backdrop of rising violence and terrorism attacks. It lays out proposed punishments for those involved with designated terrorism offences, and for inciting violence. It would also establish a special prosecution unit and criminal court focused on convicting terrorists.

The leaked document also shows how broadly terrorism will be defined, as it includes “use of threat, violence, or intimidation to breach public order, to violate security, to endanger people”. It is also defined “as acts of violence, threat, intimidation that obstruct public authorities or government, as well as implementation of the constitution”.

Commentators were quick to note that Facebook would be high on the list of potentially barred sites, as it is frequently used by members of the Muslim Brotherhood and other opposition groups, to co-ordinate protests.

YouTube has also recently been used by jihadist groups; one video posted recently showed a masked man firing a rocket at a freight ship passing through the Suez.

“What worries me most is the level of popular support for these laws,” said Mai El-Sadany, an Egyptian-American rights activist. “If you look at how much support the referendum won, and also recent polling about the terrorism laws, there is definitely a sense that people want peace and stability.”

“But Egypt now is like America after 9/11,” she added. “People are believing the lies the government are telling them. There is the same sentiment of fear, with a legitimate basis, but human rights abuses and loss of civil liberty are a possibility.”

Since Morsi’s deposal in July 2013, terrorists group have attempteed to kill the interior minister, bombed the National Security heaquarters in Mansoura and Cairo, shot down a military helicopter in the Sinai Peninsula, fired a rocket at a passing freighter ship in the Suez canal, and assassinated a senior security official. A group calling itself Ansar Bayt al-Maqdis (translated as “Supporter of Jerusalem”) has claimed responsibility for most of the attacks.

The constitutional referendum result has already been used by the regime to demonstrate Sisi’s credibility. However, critics say that any media channels supportive of the opposing Islamist agenda were all shut down after the military coup, and that voters suggesting they might vote against the referendum were threatened by government officials, suggesting Sisi’s mandate may be questionable.

There was also a notable lack of support for the referendum in the south of Egypt as opposed to the north.

Recent polling data suggests that the terrorism legislation could be popular, with 65% of Egyptians having heard about possible new laws, and 62% approving of it. Polling results also showed significantly more support amongst degree-educated Egyptians as opposed to less educated people.

An earlier form of the legislation has already been used to arrest dozens of activists and journalists, including several employees of Al Jazeera. Viewership of the Qatar-based network has reduced as support for the Muslim Brotherhood has declined. The Muslim Brotherhood’s activities in Egypt have been funded by Gulf states.

It is thought the new definition of terrorism could be used to indict the detained Al Jazeera journalists. To date, it has been unclear under what legislation they could be prosecuted.

Political analyst and blogger Ramy Yaccoub, from Cairo, criticised the leaked legislation voraciously via his Twitter account: “This is becoming ridiculous,” he tweeted. This was followed by: “There needs to be an international treaty that governs the sanctity of private communication.”

There is currently no agreed timeframe for the Egyptian legislative process, so it is unclear how long it will take for the laws to come into force.

The wording of the legislation has been translated into English and is available here.