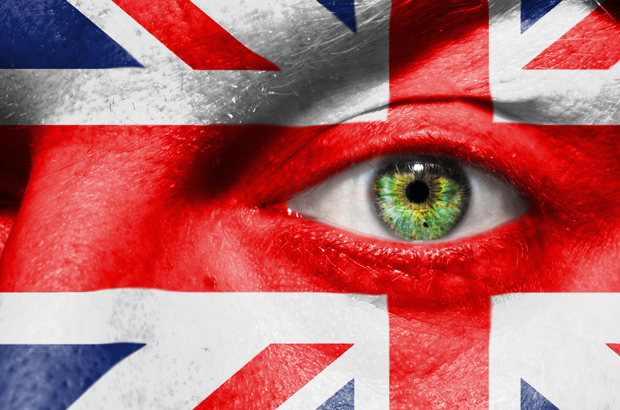 The coalition has found a novel way of making life harder for Britain’s journalists. Now it appears to have set itself the challenge of abandoning the reforms without losing face, too.

What’s at stake here is simple: the ability of journalists to protect their sources. This is critical. Without it confidence in journalism is undermined and fewer whistleblowers will come forward in the future.

This is why the government’s latest bid to make life harder for Britain’s hacks – coming so soon after the gagging bill – is so very deeply worrying.

The measure forms part of the coalition’s deregulation bill – a weighty piece of legislation which aims to scrap a huge pile of red tape it believes has been weighing the UK down for years.

The zeal with which ministers have pursued this bonfire of the rules has risked stripping back important safeguards which make the UK a better country.

For 30 years the regulations governing police applications for the production of journalistic material by the media have been largely unchanged.

Whenever hacks have found their documents being seized by the long arm of the law, their lawyers have had a chance to contest the handover of photographs, files, notebooks and the like.

The result has been the media has had a chance to put across its side of the story when judges hear applications for the production orders.

In legal circles, the name for what happens when opposing lawyers have an argument in front of a lawyer is known as ‘inter partes’ – literally, between the parties.

If the deregulation bill passes unamended, they’d have to find a different name altogether. Because only one of the parties would be present.

This particular bit of red tape would make sure the police have it easy when it comes to winning over wavering judges.

As the responsible Cabinet Office minister Oliver Letwin glibly put it, newspapers would be losing “the guarantee of their day in court”.

The Newspaper Society, which represents titles read by a total of 31 million people a week, puts it another way.

The right to argue against these production orders, it says, are “vital to the Act’s protection of journalistic material against inappropriate police action… they are integral to parliament’s intention to safeguard freedom of expression, facilitate public interest reporting and maintain media independence of the police”.

In short, they really matter. Without them, it’s feared, the courts could decide – very reasonably – that the Commons doesn’t care as much as it did about safeguarding confidential sources from police officers.

There would be nothing to stop future governments undermining or even scrapping the existing safeguards altogether.

One of the most significant changes the committee which decides on these criminal procedure rules could make is to extend the use of ‘closed material procedures’.

These, as the Guardian’s chief lawyer Gill Phillips has written, “contravene a fundamental common law principle of open justice”.

Secret courts are never good news. So it’s no surprise she concludes: “This appears to be yet another backdoor attempt to limit and restrict essential and hard fought journalistic protections.”

Monday’s debate on the legislation was only on its second reading, which means it is at the start of its long journey through the Commons and then the Lords. There is plenty of time, it’s felt, for the government to make a concession and abandon this particular change.

But the recent experience of the gagging bill – a tortuous, hard-fought process which resulted in concessions that quelled the opposition without actually fundamentally changing the feared effect – suggests that seemed improbable.

That was the feeling, at least, before the minister stood up and, in response to a teed-up question from media committee chair John Whittingdale, began what looked a lot like the first stage of a government retreat.

“I have good news,” Letwin announced ingratiatingly at the despatch box. He explained the criminal procedure committee is to be prevented from weakening the rules.

“As it was no part of the intention of clause 47 to do that,” Letwin said, “we are now looking for ways specifically to exempt journalism and all such media items from the clause.”

This is what even cynical campaigners admit is a breakthrough. But it is not yet a white flag. All Letwin has agreed to is a further consultation – an opportunity for newspapers, broadcasters and others in the media to put their views forward.

It’s the same old process, isn’t it? The government blunders into proposing deeply damaging legislation and suddenly finds itself forced on to the backfoot, with its credibility at stake, in an area it should never have gone anywhere near.

In this case, MPs are hoping the coalition has been caught early enough for meaningful changes to take place.

As Tory backbencher David Davis gently suggested, in a desperate effort to be so sensitive to ministerial feelings it sounded almost sarcastic: “This is an area where some of the rules are constitutionally quite important.” That’s one way of putting it, anyway.

Letwin is willing to talk. Will he be willing to move, too? If it’s going to happen, the likelihood is the climbdown will come in the next few days.

The stakes are high. For Letwin, reversing yet another attempt to make life harder for Britain’s journalists is about more than just reputation. It’s about doing the right thing, too.

This article was posted on 4 February 2014 at indexoncensorship.org