DEFAULT
Back to the USSR: Punitive psychiatric treatment returns to Russia
31 Mar 2014
BY ALASTAIR SLOAN 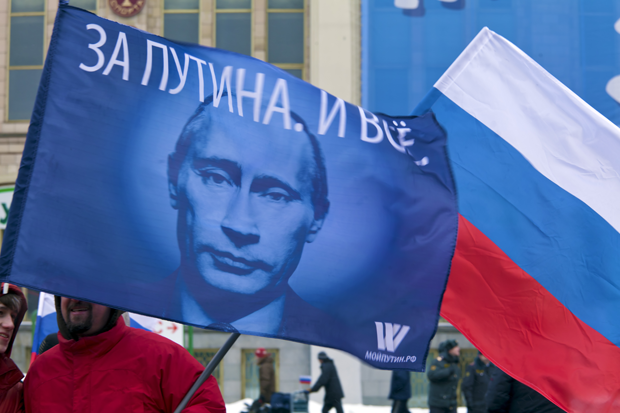 Mikhail Kosenko, 39, last week became the highest profile case when he lost his appeal case against enforced psychiatric treatment. As such he will be interned immediately at a state-owned medical facility in Moscow. At worst, his sentence could be for life, with no chance of parole, as his release depends on vaguely described criteria. His assessment will also be made by doctors whose political neutrality is not guaranteed.

In 2012, Kosenko was arrested by Moscow police after taking part in a peaceful protest against Putin in Bolotnoya Square. Charged with rioting, he spent much of the next twenty two months behind bars. When his sentence was read out in court last October, his sister Kseniya, told the BBC : “I have an awful feeling. There are really frightening stories about what goes on in these places.”

Kosenko did have a pre-existing psychiatric condition when he was arrested – slow on-set schizophrenia diagnosed in 2001. But after medication and good advice, the condition was very much under control. Kosenko had never shown any tendency to be violent, according to his doctors.

“Mikhail’s case simply reminds me of the Soviet Union,” Lokshina warns. She tells how punitive psychiatry was a tool that was rarely used, but always with devastating effect. “Back then the medications used were really heavy, they were designed to slow down movements and just keep you out of the way.”

It’s impossible know exactly what treatments are now in store for Kosenko. But whatever is to come, it will only end if Kosenko dies, renounces his politics, or wins a final case of appeal at the Supreme Court. This is his last chance, but it could be some time. Lokshina remembers that when Pussy Riot took an appeal case to the Supreme Court, they had to wait a year before their case was heard. In the meantime, Kosenko’s treatment will continue.

The only medical evaluation the court heard was conducted by the Serbsky Institute in Moscow. Their crebility was disputed by medical experts, including the head of Russia’s Independent Psychiatric Association, when they noted that the assessment had completely omitted any reference to Kosenko’s successful ten years of self-medication, with no history of violence. Serbsky Insitute is also owned and operated by the state. The judge threw out a petition to have a second medical assessment.

Lokshina tells me there have been a few cases recently – but this is by far the worst. Amnesty International call it “an abhorrent return to Soviet-era practices.” The weeping sister of Kosenko told the BBC she felt “physically sick” when she heard that her brother had been found guilty.

Putin is turning to medieval, desperate measures as he balances himself on a rattling economy, a tonne of debt and a country that is too big to govern. Those with the bitterest memories, like Ukraine, Poland and the Baltic states, fear a renewed bid to expand borders permanently, especially looking at adventures into Crimea.

But Putin is smarter. He must distract the population from a certain amount of oligarch asset-stripping and poor management, which has become epidemic under his reign. But he also must not overstretch or overspend. Enter the Roman strategy of “bread and circuses,” minus the bread.

Putin’s inaugural circus took place during the Georgia invasion in 2008, and according to Mark Adomanis remembering the war in Forbes magazine “bathed Russia in a warm patriotic glow.” Putin’s ratings took a generous bump as a result.

But Admonanis predicted, just two months ago, that Putin’s ratings would have dipped by the end of this year. The economy was weak and Sochi had been a slightly uncomfortable experience for anyone even remotely Russian.

Sadly Adomanis, nor anyone outside Putin’s inner circle, could not reasonably have predicted Putin’s subsequent gamble in Crimea.

The incursion has seen approval ratings leap from sixty five to eighty percent almost over-night. That is an extraordinary success.

Yet while Crimea has been a successful though highly irritating move, Putin’s political future is still at risk. The balance of world media commentary has been unapproving. The lies he is telling about dangerous neo-Nazi gangs have been proved as untruths, journalists have exposed the role of vicious nationalist thugs (on the Russian side), and Putin’s cheeky disregard for international law condemned. His domestic woes also go on regardless – senior officials within the Kremlin admit that the capital outflows and fall in the stockmarket are far greater than they had forecast. There certainly isn’t any capacity for “bread.”

Facing criticism at home and abroad – Putin turns to censorship and propaganda to secure himself domestically and reap political reward out of Crimea. Any oppositionist media has been bloodily censored. Reports of self-censorship are leaking out from the remaining clutch of titles.

There are three varieties of public criticism which particularly irk Putin. First, a human rights group can get hold of and successfully publicise a story (Kosenko). Second, a one-off event focuses the world on Russia (Sochi). The third is that Russian activists go out onto the streets (again Kosenko’s case, see also Pussy Riot).

In each scenario, Putin potentially loses. But he’s developed mitigation strategies. The first is to denounce foreign criticism as biased and baseless. The second is to claim it’s-a-great-big-Western-plot-we’re-the-victims-don’t-worry-Putin-here-will-rescue-you. The third is to allow some freedom of speech, but only as an opposition release valve. The fourth is to treat protesters like animals.

Street-marches are targeted by violent thugs, who act with suspicious impunity. But it’s the judiciary, and their shoddy self-discipline, who play the more important role. There were serious judicial errors in Kosenko’s case. Other victims have seen key witnesses prevented from giving testimony. Or biased “expert opinions.” Or paid goons threatening the families of the accused.

Putin’s actions abroad might bring back memories of Communist Russia, but Putin probably doesn’t see it this way. Putin needs the circuses of Georgia and Crimea, even if he can’t afford bread back home. He has also applied a blanket of censorship on the media.

Now Putin is turning to psychiatric institutions in a bid to remain in power.

This article was published on March 31, 2014 at indexoncensorship.org