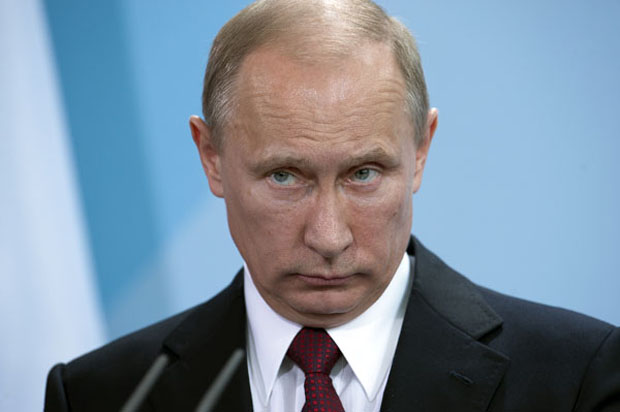 Censorship of anti-war sentiment in Russia now uses a mixture of state-sponsored media attacks, arms-length loyalists, crooked think tanks and legal strong-arming – but is it working?

Politonline, a website well-known for its support of Putin, has produced an article with the top twenty most “negative” news sources in Russia. Editors claim to have pioneered a methodology which can gauge “emotional sentiment and tone” in online articles. Politonline don’t elaborate on how the algorithm has been put together, or indeed the source data they used. However some of the keywords used have been published, including the words “annexation” and “support for Crimea.”

Meanwhile, a prominent academic has been publically slammed by a pro-Putin think tank, in a pro-Putin newspaper, after he compared Hitler’s strategy in Anschluss with the annexation of Crimea. Professer Andrei Zubov was also dismissed by his employers – the Moscow Institute for International Relations. The Institute for Democracy and Co-operation, the think tank who critiqued the article, included a list of American academics who had lost their jobs over their political views – although many had been fired for comments which were overtly racist, sexist, or incited hate.

The man who blew the whistle on Putin’s invasion in Crimea, Lev Shlosberg, has also been targeted by his opponents. Some of the masked paratroopers now in Crimea were originally based in his home region : Shlosberg helped alert the media when the invasion began. A legislator and newspaper editor, he has since been accused of being a “fifth columnist” and “traitor.” In an interview on the Russia 1 television channel, Putin’s press secretary Dmitri Peskov adopted a similar strategy when he smeared dissenters as “professional critics” and a “nano-fifth column.”

Alexey Navalny, a lawyer, blogger and pro-reform opposition politician has also faced penalties. A lengthy article he published on his blog regarding Crimea prompted authorities to accuse him of breaking the terms of his house arrest. Authorities then blocked access to the site, and warned citizens that anyone promoting his article online would be subject to unspecified sanctions.

Protesters brave enough to go on the streets are also being met with state-sponsored aggression. Tanya Lokshina, Russia Program Director and Senior Researcher at Human Rights Watch, told Index that “anti-war protesters have been subject to arbitrary detention, harassment, intimidation, and even physical attacks.”

Between February 21st and March 4th, the NGO allege that police detained well over a thousand peaceful protesters in Moscow alone. Courts ordered at least fifteen of them to serve ten days of administrative detention for alleged failure to obey police orders, and fined dozens of others for participating in unauthorized public gatherings. The majority are still awaiting administrative court hearings. Other cities have seen similar policing tactics and unfair judicial process.

“Many wondered what a post-Sochi crackdown might look like,” Hugh Williamson, Europe and Central Asia director at Human Rights Watch told Index. “These detentions, the crackdown under way on the media, and violent attacks against dissenters by unidentified assailants paint a stark picture of what is going on in Russia right now.”

So is all this working? In December, Putin’s popularity was at its lowest since 2000, according to a report on the Reuters website. Polling conducted by the Levada Agency showed that “61 percent of respondents voiced approval for Putin’s performance in November, down from 64 percent in October and the previous low this year of 62 percent, recorded in January.”

It’s also notable that before the Crimea crisis escalated, the Russian people were indifferent to Euromaidan. Another Levada poll showed that 63% of Russians didn’t sympathise with either Yanukovych or the protesters.

However a poll by VTsIOM, conducted in March after troops had moved into Crimea, showed that Putin’s approval ratings had leapt up. VtsIOM is state-run but according to Russian politics analyst Mark Adomanis, “remains one of the most widely respected polling outfits in Russia.”

Crimea has sent Putin’s poll numbers skyrocketing,” says Adomanis, who writes a column for Forbes about Russian politics and economics. “Levada currently has him at a little over 80%, his highest level since 2010.”

“Other agencies have shown a similar rebound in his numbers – pretty much everyone agrees that the poll numbers are the best in a long time.”

Adomanis also commented on the lack of media, political and academic freedom surrounding the Ukraine crisis.

“Even in democratic societies there’s always a concern that polling can be heavily influenced by the nature of media coverage. It’s definitely more of a concern in Russia, given the heavy-handedness with which the authorities manage the press

“You can’t totally separate the biased coverage from popular support, but I don’t think one can fully explain the other.”

So Putin’s strategy in Crimea has played out well politically. It’s hard to know what the polls would have been like had the press been able to fully criticise his actions, or had street protests been allowed to go on unhindered. It’s also likely that the long-term economic impact of the annexation will be great enough to push polls down again in the future. However, the tactics used by the authorities to keep dissent out of the public psyche appear well-rehearsed and difficult to counter. A quick review of any Russia Today bulletin, compared with multiple on the ground sources in Kiev, Crimea and eastern Ukraine, reveal that the Russian public are not getting the full picture about their leaders international transgressions.

This article was published on April 14, 2014 at indexoncensorship.org