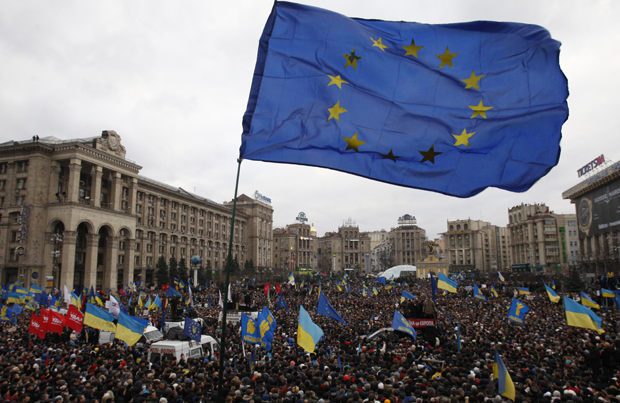 Free speech has always been a concern to the EU, with flaws in the world of press freedom and pluralism in Europe still apparent today. In an attempt to raise awareness to these problems, both on an institutional scale and publicly, DG Connect, tasked with undertaking the EU’s Digital Agenda, launched a call for proposal for funding for a new project to allow NGOs and civil society platforms to research and develop tools to tackle this problem.

The successful candidates- the International Press Institute, Index on Censorship, Osservatorio Balcani e Caucaso and the European University Institute in cooperation with the Central European University– will spend the next year working on the project, under the title European Centre for Press and Media Freedom.

“It is true that we regularly receive concerns about media freedom and pluralism that come from citizens, NGOs and the European Parliament,” Lorena Boix Alonso, Head of Unit for converging media and content at DG Connect told Index.

The Vice President of the European Commission, Neelie Kroes, began implementing action on this topic in 2011 with the creation of a high level group on media freedom and pluralism, but there are still violations in the world of European media freedom that need to be dealt with. These projects will be useful to raise awareness, according to Boix Alonso, to something which many people have little knowledge on.

In 2013, an Index on Censorship report showed that, despite all EU member states’ commitment to free expression, the way these common values were put into practice varied from country to country, with violations regularly occurring.

Building on this report, the DG Connect-funded project will enable Index to implement real-time mapping of violations to media freedom on a website that covers 28 EU countries and five candidate countries. Working with regional correspondents, specialist digital tools will be used to capture reports via web and mobile applications, for which workshop training will be provided. Index led events across Europe will discuss the contemporary challenges currently facing media professionals, allowing them to share good practices, while learning how to use the tools.

“Index believes that free expression is the foundation of a free society. Enabling journalists to report on matters without the threat of censorship or violations against them means promoting the right to freedom of expression and information, which is a fundamental and necessary condition for the promotion and protection of all human rights in a democratic society,” explained Melody Patry, Index on Censorship Senior Advocacy Officer.

The DG Connect grant demonstrates the current focus of the EU on the needs of journalists and citizens who face these violations to media freedom and plurality, according to Patry, as well as longer term challenges in the digital age.

The Centre for Media Pluralism and Media Freedom

For some, the need to safeguard media freedom is at the forefront of the work they do. The Centre for Media Pluralism and Media Freedom (CMPF) is one such organisation and, in collaboration with the Centre for Media and Communication Studies (CMCS) at the Central European University, will continue to do so with funding from DG Connect for their project Strengthening Journalism in Europe: Tools, Networking, Training.

“The role of journalists is to both serve as guardians of government power and to enable the public to make informed decisions about key social and political issues that affect their daily lives,” the CMPF and CMCS told Index.

“The ability of journalists to freely report on issues without censorship is therefore critical- it’s the cornerstone of the checks and balances that make democracies work.”

The collaborative project will develop legal support, resources and tools for reporters, editors and media outlets to help them defend themselves in cases of legal threat, as well as raising awareness to ongoing violations to free expression and how these “impact the foundation on which democratic systems are based.” NGOs and policy makers will also benefit from this EU-funded scheme.

For over 60 years the International Press Institute (IPI) has been defending press freedom around the world, working to improve press legislation, influencing the release of imprisoned journalists and ensuring the media can carry out its work without restrictions.

London may have earned the title over recent years of libel capital of the world but what restrictions are placed on European journalists through defamation laws? This question forms the base of the IPI project, analysing existing laws and practices relating to defamation on both a civil and criminal nature; comparing this to international and European standards; and looking to the extent of which these affect the profession of journalism in all 28 EU countries and five candidate states.

After initial research, workshops will be hosted in four countries where the IPI believes they will have the greatest impact on the ground in countries where press freedom is limited by defamation to teach journalists which defamation laws affect their work, what the legitimate limits to press freedom are and what goes beyond what is internationally accepted.

According to the IPI the EU currently has no strong standards with regards to defamation and the threat to press freedom, a fact the led to their project proposal. “We hope that at one point the work we are doing will lead to a discussion within the EU about the need to develop these standards,” Barbara Trionfi, IPI Press Freedom Manager, explained to Index. “The defence of press freedom is a fight anywhere and it does not stop even in western Europe. It is still a major problem.”

“We aim at improving the working conditions of media professionals and citizen journalists in Italy, South-East Europe and Turkey and ultimately at enhancing the quality of democracy,” Francesca Vanoni, Project Manager at Osservatorio Balcani e Caucaso (OBC) told Index.

OBC has been reporting on the socio-political and cultural developments of south-east Europe since 2000 and through their DG Connect funded project will monitor and document media freedom violations in nine countries, including Bulgaria, Croatia, Macedonia, Romania and Serbia.

Offering practical support to threatened journalists, the project will raise public awareness of the European dimension on media freedom and pluralism, stimulating an active role of the EU with regard to media pluralism in both member states and candidate countries. This will be implemented, among other means, through social media campaigns, a crowd-sourcing platform, an international conference for the exchange of best practices and transnational public debates.

The idea behind the project was to help build a European transnational public sphere in order to strengthen the EU itself. The ethics and professionalism of media workers is crucial, according to Vanoni. A democratic environment is built upon the contribution of all parts involved: “The protection of media freedom is fundamental for the European democracy and it cannot be left aside of the main political priorities.

This article was published on May 20, 2014 at indexoncensorship.org