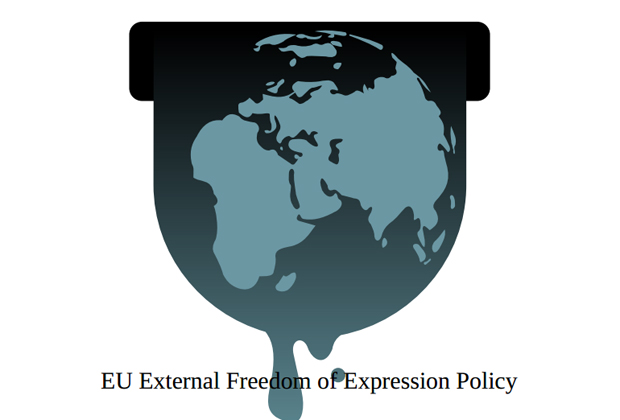 Designed to set Europe’s agenda for freedom of expression and media rights, the original draft as leaked promised an EU commitment to the right of access to official information of all kinds. But you won’t find the pledge in the final version, as released by the EU in Brussels last week. It’s been cut.

Not one of the nine new priority areas for EU legislation listed in the final version guidelines supports the adoption of right to information legislation. The document also excludes promotion of access to information rights from its list of “Priority Areas of Action”.

The key deleted reference, Paragraph 14 in the version published by Wikileaks, summarised the principle as the “general right of the public to have access to information of public interest, the right of the media to access information and the right of individuals to request and receive information concerning themselves that may affect their individual rights”. These lines were cut in their entirety.

The original text was in line with an emerging European political and legal consensus that the right to receive official information implies that a state has a positive obligation to make that information available to them. The guidelines have been firmly steered in the opposite direction.

In London, experts blame their own government for setting a bad example. The UK government argues that citizens have the freedom, but not the right, to seek and receive information. On that basis it rejects the idea that there is a positive obligation on its officials to make information available to citizens, only that they should have a good reason for not doing so.

“I’d say that the UK government continues to deny that there is a right to information in any form,” says David Banisar of the free expression rights advocacy group Article 19. What’s changed, he says, is that UK courts are beginning to interpret UK common law in the same way as the European Court in favour of the general principle of a right to request and receive official information.

This threatens the legality of the UK’s habit of giving certain officials immunity from Freedom of Information Act requests under UK common law, even where this is incompatible with European law, as the UK Court of Appeal concluded last month, finding that Attorney General Dominic Grieve acted unlawfully by denying public access to Prince Charles’ official letters to government ministers.

In a similar but separate case Times journalist Dominic Kennedy appealed to the courts when the Charity Commission, the agency that monitors charities in the UK, refused his request under the country’s Freedom of Information Act to see paperwork from its inquiry into the management of maverick politician George Galloway’s Mariam Appeal for Iraq. Last month, after seven years’ deliberations, the courts cleared the way for the Commission to hand over the papers – though they have yet to do so, and it may still take a judicial review to make them.

The ruling in favour of the Times in March came with a similar string of citations from European Court (ECHR) cases that are comfortably in line with this new direction for UK common law. “You can ask for information from a public authority just because it is a public authority and it should act in the public benefit.” Kennedy told the UK Press Gazette after his win.

Kennedy’s lawyer Rupert Earle of Bates Wells Braithwaite says that while the ECHR rulings clearly favour openness, the court’s principal chamber has yet to definitively state that public bodies have a default obligation to provide information, subject to the usual provisos on privacy and security. It was, he thought, only a matter of time before it did though.

But even if the ECHR isn’t yet definitive on the issue and the UK courts take their own line, it isn’t a reason to block efforts to mainstream access to information rights in EU free expression policy.

A number of free expression rights groups have expressed dismay. Most were initially consulted on the paper before the EU took drafting behind closed doors. They say the guidelines as they stand not only fail to recognise the right to access to official information, but also that this right is a key element of freedom of expression rights – seriously undermining the guidelines’ effectiveness.

They are calling on the EU to reconsider the guidelines and address these concerns. “We do not believe the (Guidelines on Freedom of Expression Online & Offline) are complete without a clear reference to the right to information and a commitment to priority action in this area,” said the groups in a letter signed May 21, 2014 by nine groups, including Index on Censorship.

The only reason why we know the EU has cut support for reducing official secrecy is thanks to Wikileaks. That irony alone suggests that there should be a few more gates in the wall surrounding the EU’s secret garden of information.

Citizens who wanted more information from their government, the courts and the scores of quangos that influence our lives, would have benefited had the EU guidelines been allowed to recognise the principle that the right to information should be the default start point, limited only when prescribed by law and “necessary and proportionate” to a legitimate aim. The EU needs to put things right.

This article was published on May 21, 2014 at indexoncensorship.org