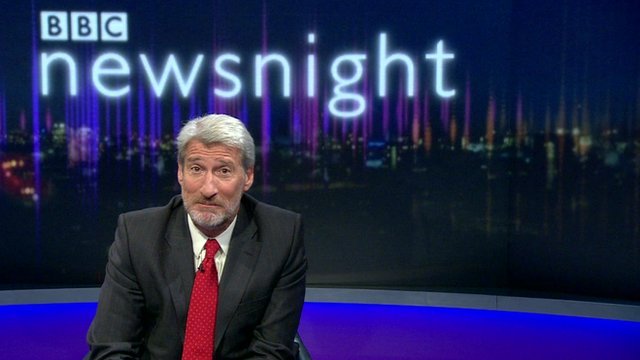 Poets, we all agree, are terribly misunderstood and undervalued. If it were not for poets, how would we know what things were like other things. How would we live! How would we love! How would we die! They are a priestly class, helping us to mark out our minutes with prayers in pentameter.

But as with any priestly class, they deal in mystery. And demands to decode that mystery are heretical.

This is certainly the impression one would get judging from the reaction to Jeremy Paxman’s comments on poetry and public engagement this week.

Launching the shortlist for the Forward Prizes for poetry, the judging panel of which he chaired, Paxman, with a nod and a wink so heavy that he would have been in serious trouble if the wind changed, suggested that contemporary poetry had “connived in its own irrelevance” by failing to engage with the everyday lives of “ordinary people”.  “It’s the general public that poets have to start engaging with,” said Paxman. “And that, I’m, sure, is why the people at Forward said ‘will you join the judging panel’”.

Translation: “The people at Forward knew that me saying something even slightly controversial about poetry would get their prize column inches, and I’m happy to oblige.”

Paxman went on to suggest, whimsically, a public inquisition where poets would explain their work to members of the public, rather than just to other poets.

Frankly, good on Paxman for recognising his use to the Forward Prize. That is not to say he is an man with little to say about poetry; indeed, he’s contributed greatly to the cause of poetry by wheeling out his “Jeremy Paxman” act free of charge for it. He was also, of course, in very careful to praise contemporary poetry and the marvellous books he’d read as a judge.

But that praise was as naught to some poets, who instead chose to pick up on his idea of a people’s panel to judge poetry, and his naughty use of the word “inquisition”.

For people who deal mostly in metaphor, the poets who rose to the bait took the Newsnight presenter’s words remarkably literally.

Todd Swift, a poetry publisher who runs the Eyewear Imprint, wrote that an inquisition was “a strange thing to ask for in an anti-clerical democracy – the idea of burning unrepentant poets at the stake after torturing them is only barely witty in a world where in many many nations, poets really are tortured and silenced.”

Swift goes on to say, with an apparent lack of irony that would have horrified the more famous poet of his name: “Only in middle-class (upper class?) London could a white man think interrogating and potentially killing poets was a clever and useful corrective trope. It smacks of easy intellectual arrogance. I find many journalists despise, or fear, or dislike poetry, mainly because poetry is the best-written and most compressed form of language, and is smarter than journalism.”

You tell those journos and their easy intellectual arrogance, Todd!

Swift finishes off by saying “it becomes clear [Paxman] didn’t really read any of the 175 books he was meant to judge”, a statement that is almost certainly defamatory, as any journalist would have told him if he’d asked.

George Szirtes, a poet well respected by his peers, went down a slightly different route. Szirtes, a refugee from the Soviet tanks that rolled over his native Hungary in 1956, compared Paxman’s suggestion to Stalin’s demands for socialist realism from the USSR’s artists.

Szirtes makes some good points writing for the Guardian, but unfortunately they all follow from a sly trick he plays writing that Paxman’s fanciful inquisition would be a place where “poets would be required to explain themselves and, presumably, answer for their failure to be simpler.”

That “presumably” appears to give Szirtes a license to put words in Paxman’s mouth. Suggesting people explain their work is not at all the same as demanding it be simpler, merely that they be capable of (and interested in) talking about their work to non poets.

As another poet, Katy Evans-Bush, put it, writing about the furious condemnations of Paxman on Facebook (Facebook is where poets go to fight; no one is quite sure why). “Heaven forfend that someone from the wider world should look into your ‘cave of making’, see your ‘pellety nest’, and remark on it. ”

This all matters because poetry matters. Poetry is where we learn to play with words, to deal in metaphor, wordplay, the non-literal, the non-prosaic. How often have you heard someone say they’re “not into” or “don’t get” poetry. It’s frustrating, but poets should see that as a challenge, rather than turning in on themselves. That’s not a call to dumb down; it’s a call to act up. When you’re egged on to do so, it’s simply not enough to cry “Stalin!” and retreat further. That’s exactly the hyperbole and self regard that puts people off. If you care about an art form, you should want people to know about it. Otherwise it is youv-vnot Jeremy Paxman or the Forward prize or anyone else –  who is censoring poetry.

This article was published on June 5, 2014 at indexoncensorship.org