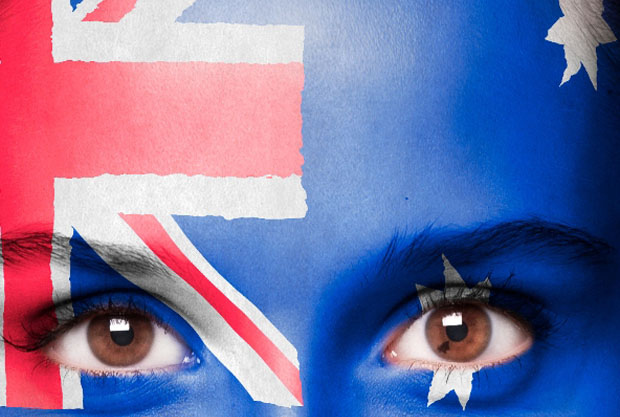 A piece of proposed legislation in the senate in Australia is attempting to wrestle with the legacy of the Snowden leaks with potential implications for media freedom.

In late 2013 information was released to the world that revealed the depth and breadth of the covert architecture in place to monitor and harvest personal data. The unprecedented capabilities and actions of surveillance agencies the world over ignited debate around the nature of privacy in our digital age. But the emergence was not manufactured by the security apparatus or by governments; it was the result of leaked information being published by the press.

Now, a new law proposed by Attorney-General, George Brandis, the National Security Legislation Amendment Bill (no.1) outlines a number of reforms to “modernise and improve” Australia’s capabilities to tackle national security threats. If passed, it could have significant implications for Australian media.

The creation of Special Intelligence Operations (SIO) – covert operations that offer limited immunity for its participants to engage in unlawful conduct – as well as the expansion of computer access warrants are among the sweeping reforms contained within the bill.

Further reforms outline new offences for “unauthorised dealings with an intelligence-related record, including copying, transcription, removal and retention”. But as highlighted by publications such as The Guardian, the Australian Lawyers Alliance (ALA) and members of the opposition, including Greens Senator Scott Ludlam, the bill opens up the possibility for criminal culpability to lie beyond the security operatives dealing with intelligence-related records, to journalists and media outlets who report on information they receive about SIOs. The bill’s explanatory memorandum states that the offence applies to:

“[D]isclosures by any person, including participants in an SIO, other persons to whom information about an SIO has been communicated in an official capacity, and persons who are the recipients of an unauthorised disclosure of information, should they engage in any subsequent disclosure.”

The transcript of the bill’s second reading demonstrates Brandis’s opinion of Snowden, dismissing him as a “so-called ‘trusted insider’” (he has previously referred to the NSA whistle-blower as an “American traitor”). But while he has stated that the bill is not intended to threaten media outlets or limit media freedom, the wording of the bill has set alarm bells ringing. Quoted in The Guardian, ALA spokesperson Greg Barns stated that this bill “takes the Snowden clause and makes it a Snowden/Assange/Guardian/New York Times clause.”

He goes further, explaining how the structure of approving SIOs, threatens media coverage: “ASIO [Australian Security Intelligence Organisation] could secretly declare many future cases to be special intelligence operations. This would trigger the option to prosecute journalists who subsequently discover and report on aspects of these operations.” This lack of clarity in the wording of the bill, as well as the limited oversight as to how the bill can be used – political appointees have the final say – sets a precedent for potential restrictions on media freedom both in Australia and, as a template for action, globally.

The size and scale of the surveillance network, involving governments worldwide, most notably the “five eyes” countries, the US, UK, Canada, New Zealand and Australia raises uncomfortable questions, with no forthcoming answers. The reforms proposed by Brandis seem to suggest that the best way of satisfying these questions is to ensure they are not asked in the first place.

Restricted by inadequate whistle-blower protections, due in part to his status as a private contractor, as well as the national security implications of the leaked documents, reaching out to the media provided to be the sole outlet for Ed Snowden. But it seems now that it could be the media who will be punished for such inadequate protections.

After two readings in the Senate, the bill is poised to be debated in September. And although Brandis has set his sights elsewhere, having mentioned data retention in an interview to ABC, the precedent set by Australia, were this bill to pass, could resonate throughout the world. Scott Ludlam outlined his concern: “I can’t see anything that conditions it or carves out any public interest disclosures. I can’t see anything that would protect journalists.”

This concern does not seem to be shared across the political spectrum. The Australian Prime Minister, Tony Abbott called on journalists for a “sense of responsibility, a sense of national interest”, and the Liberal senator, Cory Bernardi went further by stating that “we need to make sure the press are free to report within the constraints of what is in, I’d say, the national interest”.

Would protecting national interests include the refusal to publish information surrounding the allegations that the Defence Signals Directorate, or DSD, (now called the Australian Signals Directorate) attempted to monitor the calls of the Indonesian president, his wife and senior politicians? What about the DSD’s desire to share harvested online data (or “unminimised” metadata) with other governments without any privacy restraints?

If decisions such as these are left to those who define the role of the press as one of propagating national interests, then the freedom that Bernadi speaks of is surely no freedom at all.

This article was published on August 5, 2014 at indexoncensorship.org

2 responses to “Combatting the Snowden Effect: National interest and media freedom in Australia”