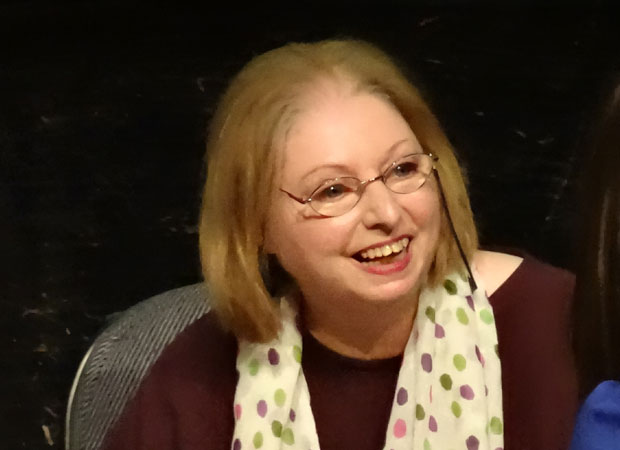 Thirty years ago this week a bomb exploded in the Grand Hotel, Brighton, where the then prime minister, Margaret Thatcher, and much of her cabinet were staying during Conservative party conference.

The bomb had been planted a month previously by IRA member Patrick Magee, with the intention of assassinating the prime minister. Thatcher escaped, but others did not. Five party members died. Others, including Margaret Tebbit, wife of Thatcher’s rottweiller Norman Tebbit, were left disabled.

The whereabouts of then-32-year old aspiring novelist Hilary Mantel at the time were not known, but we do now know that she herself was thinking about killing Thatcher as the IRA was planning the Grand bombing.

Last week, at the Royal Festival Hall, a solid concrete building that looks as if it could survive the combined explosive attentions of the IRA, Al Qaeda and a reanimated Fred Dibnah, Mantel discussed her own Thatcher assassination plot, which was published this year in the form of a short story that she had started over 3 decades ago.

“People have worked so hard to take offence at this story,” the Wolf Hall author pointed out, adding mischievously, “If only they would go through my extensive back catalogue it would keep them in fury for the rest of their lives.”

Mantel’s assassination fantasy is an enjoyable piece of suburban noir in which an IRA sniper attempts to use a Windsor woman’s window as a hide to take a shot at Thatcher. It’s interesting in that one finds the narrator and the gunman jockeying for position about their right to revile Thatcher as they do: who is more Irish? who is more Northern? Who is more affected by this terrible woman?

Mrs Thatcher’s friend Lord Bell was horrified by Mantel’s story and her subsequent interview in The Guardian, where Mantel described seeing Thatcher leaving the hospital in 1983, saying that “if I wasn’t me, if I was someone else, she’d be dead”. Lord Bell angrily announced: “If somebody admits they want to assassinate somebody, surely the police should investigate. This is in unquestionably bad taste.”

The Daily Mail’s Stephen Glover was equally apoplectic: “Mantel’s contribution is peculiarly damaging because, while she appears so mild-mannered, her message is interpretable as a deadly one. If you don’t like your democratically elected leaders, who operate within the rule of law, you can always think about assassinating them.”

Thinking about doing things one would not normally do is often known as “imagining”, and is quite crucial to the creative process. It’s an essential part of humanity that we can think beyond ourselves. It’s what allows us to empathise and sympathise; we may not be familiar with a specific set of circumstances, but we can, at least in part, imagine what it would be like to be placed in certain circumstances. I have never been homeless, but I can imagine that I wouldn’t like it. I can even imagine what might go through the head of someone I profoundly disagree with.

It was by sheer coincidence that the night before Mantel spoke at the Royal Festival Hall, Salman Rushdie received the PEN Pinter prize at the British Library.

While Mrs Thatcher was still prime minister, Rushdie’s imagination got him into rare trouble when he published the allegedly “blasphemous” Satanic Verses. Whether the allegation of blasphemy was correct or not, is, by the way, irrelevant. That suggestion would not validate the non-publication of a book, and certainly would not justify the murder contract put out by the supreme leader of Iran, Ayatollah Khomeini, in February 1989.

Rushdie’s western critics then often couched their criticisms in terms that emphasised their empathy with the “Muslim anger” which gave rise to protests across the world and eventually the Ayatollah’s incitement to murder; they understood, they implied. They too, had been hurt. Mrs Thatcher herself (characterised as “Mrs Torture” in the book) said: “We have known in our religion people doing things which are deeply offensive to some of us and we have felt it very much.”

The Archbishop of Canterbury, Robert Runcie, commented: “I well understand the devout Muslims’ reaction, wounded by what they hold most dear and would themselves die for.”

No mention of being able to well understand or even imagine what it might be like to be on the end of protests, to see your effigy burned in anger across the world.

In his speech at the British Library, Rushdie described one of the worst aspects of the onslaught against his imaginative work; the need to counteract the ignorant prescriptions of The Satanic Verses by those who wanted to have him censored and worse.

“Once the attack was fully underway,” said Rusdhie, “I felt obliged for a long time to fight back against the creation of that false version of The Satanic Verses by offering counter-explanations of my own. I loathed doing it, and often felt that by offering the almost line by line defence that seemed necessary I was damaging the kind of open, private reading of my novel for which, like every writer, I had hoped.”

After Rushdie spoke, a remarkable speech from International Writer of Courage winner Mazen Darwish was read out. Darwish, founder of the Syrian Centre for Media and Freedom of Expression, is currently in a regime jail in Damascus, faced with charges of “publicicing terrorism”. He somehow managed to smuggle a letter to London.

Addressing Rushdie directly, he offered a startling apology for the inaction of many people in the Middle East at the time of the fatwa, saying their indifference was tantamount to collusion to murder.

Drawing a line between the censorship of 1989 and the rise of the Islamic State in Syria today, Darwish lamented: “What a shame this much blood has had to be spilled for us to realise, finally, that we are digging our own graves when we allow thought to be crushed by accusations of unbelief, calling people infidels, and when we allow opinion to be countered with violence.”

Not, bear in mind, the extrapolations of a north London liberal, but a man in prison who knows acutely the price of standing up for the individual, for empathy, and for free expression. Words to bear in mind the next time we’re tempted to embark on a collective outrage against words and thoughts and imagination itself.

This article was posted on 16 October 2014 at indexoncensorship.org