Index on Dieudonné: Opinions are protected by the right to freedom of expression 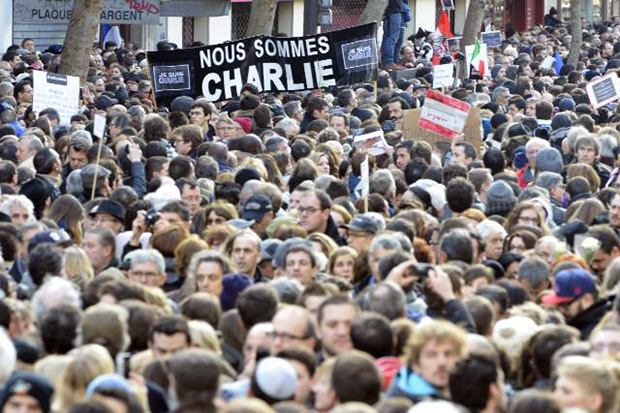 There can be few more insulting coinages than the tedious phrase “moderate Muslim”. What does it mean? Who does it benefit? In the past week, since the atrocities in Paris, we have heard it often: “moderate” Muslims must condemn terrorism. Or, alternatively, the images of Mohammed printed by Charlie Hebdo (and others in solidarity) were alienating “moderate Muslims”: “free speech fundamentalists” must reach accommodation with “moderate Muslims”.

The suggested dichotomy — that one cannot believe in free speech and in Allah, is a dangerous one. More dangerous still is the underlying implication that the “moderate Muslim” is less of a believer than the Muslims who murder, supposedly in the name of God.

It is now eight days since a murderous gang set about killing cartoonists because they had blasphemed and Jews because they were Jews. The gang was composed of men who were Muslims (it is disingenuous, as British Culture Secretary Sajid Javid pointed out, to suggest that these people were not really motivated by Islam, unless you are willing to put yourself forward as the ultimate authority on what is and isn’t Islamic).

Since then, we have gone from revulsion at the acts of the killers to an obsessive focus on the actions of their victims (or at least their victims at Charlie Hebdo: there is relatively little discussion of the slain shoppers in the kosher supermarket).

The function of all this, unwittingly perhaps, is to reinforce a power dynamic. This is about “us” and what “we” did to “them”. “Us”, roughly, being liberal democracy: “them” being European Muslims who somehow, “we” have decided, are something outside.

Worse, we have decided that there is a continuum of “Muslim anger”, at the end of which is inevitable violence. This is to imagine a homogenous bloc of believers, and to ignore the sectarian and political struggles that exist within Islam. By ignoring these struggles, we in fact junk normal Muslims (enough of the “moderate”) in with those for whom the faith is a political project and even an imperial war with the intention of “restoring the Caliphate”.

Meanwhile, “we” have the comfort of decrying our own hypocrisy.

Crying “hypocrite” is enjoyable; indeed, it’s an essential part of how the British press, and British political and social advocacy, works. Beloved satirical institutions thrive on pointing out double standards.

But tempting though this tack is, it is not an argument in itself: yes, the French state is hypocritical on free speech, lauding Charlie while arresting racist comedian Dieudonné for a Facebook post, and announcing a “crackdown” on hate speech. Of course it is rich for world leaders to march for “free speech” when practically every single government you can think of has mechanisms for censoring its citizens in one way or another. But then what? Does that somehow mitigate the horror? Does that mean we shouldn’t stand for free speech? Does that mean, even, that censorship is OK because everyone does a little bit of it?

What is achieved by this is a focus back on our own ability to control things that seem beyond us. These attacks will stop, we imagine, when we find a way to avert them. The murderous ideology motivating these attacks was created by “us”, through, say, “our” support for the 80s jihad against the Soviet occupation in Afghanistan (as Christopher Hitchens pointed out in his 2001 article Against Rationalisation, it was the CIA that “first connected the unstoppable Stinger missile to the infallible Koran”).

But the fact our governments did some things in the past that have come back to haunt us is, again, not a reason for inactivity or passivity on our own parts now. Rather we must deal with what is in front of us, while hoping not to make mistakes that will come back to us.

It is a good and honourable thing that so many people’s instinct, when confronted with aggression, is conciliation. But loathe though my conciliatory soul is to admit it, there is nothing I can concede that will appease the ideology that led to the carnage in France. To quote Hitchens once more, what the murderers and their co-thinkers hate are the parts of liberal democracy that are worth defending: “its emancipated women, its scientific inquiry, its separation of religion from the state.”

None of these things are perfectly achieved in any society, but they should be clung to as aspirations, and defended when needs be. Moreover, they must be maintained as universal, emancipatory values. To portion them off, or worse, to present them as a weapon of one part of society against another — “free speech fundamentalists” versus “moderate Muslims”, is to give succour to those whose only perception of a universal ideal is universal subjugation.

This article was posted on 14 January 2015 at indexoncensorship.org

One response to “Padraig Reidy: Enough of the “moderate Muslim””