A young reporter has been found guilty of blasphemy, writes Harun Najafizada in Balkh 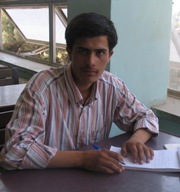 A primary court in the city of Mazar-e Sharif in northern Afghanistan has sentenced local journalist Sayed Parvez Kambakhsh to death.

Kambakhsh, 23, a reporter for Jahan-e Naw (New World) weekly and a student of journalism at Balkh University has been accused of blasphemy and misrepresenting the verses of the Quran.

On Tuesday afternoon, the primary court of Mazar-e Sharif convened a session behind closed doors and announced the verdict after a three-hour discussion.

The session, which was not attended by defending lawyers, journalists or human rights defenders, or even by Kambakhsh’s relatives, has been widely criticised for issuing such a strong sentence and ignoring the Afghan constitution.

Kambakhsh, who was arrested three months ago by the National Security Department (the intelligence service) and kept in prison, had downloaded an article from an Iranian website and distributed it to his friends.

The 12-page article is said to have contained criticisms of the Prophet Mohammed and the Quran. It also addressed the violation of women’s rights in Islam.

Deeply conservative Afghan clerics, most of whom have never used a computer or the Internet, believe Kambakhsh himself wrote the article and therefore found him guilty of blasphemy.

Because there is no clear punishment for downloading “un-Islamic” articles from the Internet, the primary court of appeal asked clerics to comment. The conservative clerics, who had not investigated the case, demanded the death penalty.

The case, which is rare in its kind, has shocked most Afghan journalists, university students and supporters of freedom of speech in the country.

Yaqub Ebrahimi, journalist and brother of Kambakhsh said: “The verdict is unfair, unjust, unconstitutional and anti-Islamic, because the session took place behind closed doors. There was no defending lawyer and we were not even informed of the session.”

A considerable number of national and international organisations fighting for freedom of speech have reacted to the sentence. South Asia Free Media Association (SAFMA), Afghanistan Chapter, has asked Afghan president Hamed Karzai to intervene personally in the case and spare the life of the young journalist. The Afghan Independent Human Rights Commission (AIHRC) has also called the verdict unfair due to lack of a defence lawyer.

In the meantime, Afghan Minister of Culture and Information Karim Khuram has said he was sorry to hear that the court has issued a death sentence, but added: “What he did was outside his professional activities and nothing related to journalism. So I have to respect the court.”

Yaqub Ebrahimi, who works for IWPR (Institute for War and Peace Reporting), told me that his brother was being punished for articles and reports that he [Yaqub Ebrahim] had written about local warlords and violators of human rights.

Afghan journalists in Mazar-e Sharif say that the court’s decision is a clear sign of pressure on critical writers in northern Afghanistan, which has been seen as “liberal” in the six years since the Taliban were ousted from power.

Earlier, Hafiz Khaliqyar, the Attorney General of Balkh Province, threatened all of the journalists at a press conference in Mazar-e Sharif, saying: “Those of you who ask too many questions about the Parvez Kambakhsh case and those of you who support him, I have the order from the general attorney in Kabul to arrest you too.”

Now that the primary court has issued its sentence, this young journalist has two other chances to appeal.

The second hearing is scheduled to take place in Mazar-e Sharif too. But relatives of the convict have already appealed to the international community and President Karzai to move the case to the more liberal atmosphere of Kabul.

Some modern Afghan clerics say that Islamic law will pardon someone who apologises for writing an article critical of Islam (Kambakhsh had only downloaded, printed and distributed the piece) . But it seems that at this stage nobody listens to these words.

As yet, there has been no response from the president, who is believed to be a supporter of free media and human rights, and who could sign a letter for the release of this young Afghan journalist.

The eyes of every human rights supporter are on Hamed Karzai. His decision will tell the world much about the reality on the ground in Afghanistan.