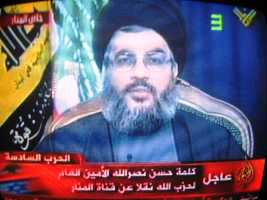 Along with their systematic military takeover, Hezbollah and the opposition immediately began censoring the Lebanese media through direct intimidation, infrastructural destruction, and a disinformation campaign. Media analyst and former editor-in-chief of the Middle East Broadcasting Journal, Habib Battah, explains, ‘The media was a primary target in this campaign. It was one of the first things to be attacked as Hezbollah took control. They could have chosen other places to attack, but they chose the media.’

Gunmen first set fire to the al Mustaqbal (Future) newspaper offices. According to Future News director of programmes and Ash Sharq al Awsat media columnist, Diana Moukalled, on 9 May 2008 at 7am, a Lebanese Army officer told the Future media group that Hezbollah ‘was targeting our buildings’, including the main offices of Future Television and Future News (al Akhbariya). ‘We evacuated the building, stopped our broadcast, and left two technicians,’ says Moukalled.

Future Television and Future News are terrestrial and satellite Arabic language television stations aligned with the Future Movement, primarily a Sunni-Lebanese political party. The stations are owned by the Hariri family, which is led by Saad Hariri, a Lebanese parliamentarian and billionaire. Future holds the most seats of any faction in the Lebanese parliament, and thus heads the pro-western Lebanese government.

Moukalled notes, ‘Hezbollah brought a technician with them, probably from [Hezbollah-owned] al Manar TV who told them what cables to pull. They had a plan of all of our branches. They knew exactly what they were doing.’ Gunmen later set fire to one of Future’s three main buildings.

Future remained off air until the afternoon of 13 May, and was forced to shift its operations to an entertainment and staging facility in a Christian suburb of Beirut. However, Future continued to receive threats until the evening of 14 May.

Hezbollah intimidated journalists in the streets, and made threatening phone calls to others. Initial reports claimed that Hezbollah detained al Arabiya correspondent Alia Ibrahim. Ibrahim contends, ‘We were not detained. I could not broadcast on time because Hezbollah inspected our credentials for half an hour while we were filming in their area, which made my network report we had been detained, but I later corrected this on air.’

However, Hezbollah and Amal militiamen and supporters repeatedly intimidated Ibrahim and other journalists and prevented them from accessing areas of the conflict. Ibrahim notes that the opposition mounted a propaganda campaign to turn the entire opposition supporting population against her network: ‘[Opposition Shia party] Amal’s television network NBN ran a horrible campaign against al Arabiya calling it Abriya, which means Hebrew, saying we work for the Israeli agenda. In this country, this is an insult you will kill over. When I was in the streets, people would yell ‘Abriya’. I would not think to go to certain areas.’

The assassination of journalists is a regular occurrence in recent Lebanese history. In 2005 alone, two journalists from the same paper were assassinated, one journalist barely survived an attempt on her life, and many other journalists were threatened to such a degree that they fled the country. In Lebanon, threats against journalists are taken seriously. Battah also claims, ‘The video editors at al Manar were busy making a propaganda campaign that vilified the pro-western politicians. They vilified pro-government media. This has a chilling effect on the press about coverage of the opposition. The threat is implicit.’

Al Arabiya journalists received myriad threatening phone calls from unknown numbers. Amal militiamen prevented freelance journalist Jackson Allers from accessing the Beirut neighborhood of Ras an Nabaa, and took him aside for ‘very serious’ questioning. Allers notes that he was ‘effectively’ blocked from the area: ‘I could have forced the issue, but didn’t. In heated gun battle, with guns in their hands, whatever they say they get.’

Hezbollah used their al Manar television station and other opposition media outlets to disseminate false information. On two different occasions, opposition media falsely declared that Prime Minister Siniora had resigned and the government had collapsed. Battah notes, ‘If you look at the opposition coverage of the events, there was censorship by omission. It was as if the violent takeover of Beirut had not even happened. They didn’t even report on their coups of the day. They only reported on the government’s “militias”, as if there were no opposition militias roaming Beirut. It is ridiculous because the government “militias” had nothing and no power on the streets. Everything was in Hezbollah’s hands, including the free press. They controlled the streets and the dissemination information.’

Structurally, supporters of both the government and the opposition tried to manipulate media access. Muhammad Yunis, a Beirut cable television provider, contends, ‘We got lots of phone calls asking us to remove [opposition channels] al Manar, NBN, OTV, and al Jazeera. On the other side, they wanted us to remove Future, Future News, and al Arabiya. In Beirut, we didn’t. But in the [pro-government] north Lebanon and [Hezbollah-controlled] southern suburbs and south Lebanon, they removed them.’

Moukalled contends that blocking cable access is nothing new: ‘Since we started Future News four months ago, in some areas of the southern suburbs and south Lebanon, the cable distributors did not broadcast Future News. After the last week, they also stopped Future entertainment and al Arabiya.’

Tragically, Future did not merely lose the freedom to broadcast, but also lost their past. The building that the gunmen set on fire housed Future’s entire archive.

The Lebanese government could not protect the press during this conflict. Media outlets and journalists viscerally know that they are not mere witnesses to the conflict, but another battlefield on which war is waged.

2 responses to “Lebanese media at centre of battle”