Index on Censorship magazine was awarded the Amnesty International Media Award for best periodical at a ceremony in London on Tuesday. The award was given for a series of articles from the issue ‘How Free is the Russian Media?’.

Click links below to read the award-winning articles (pdfs) 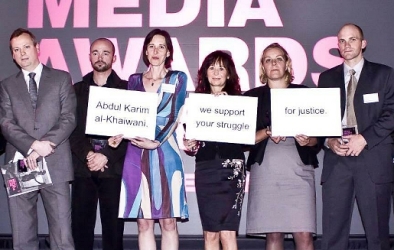