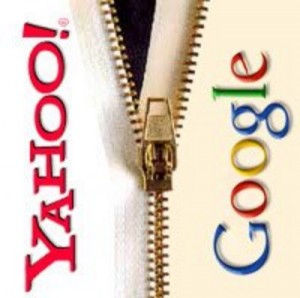 As Google, Yahoo and Microsoft sign up to a ground-breaking code of conduct, will this change the way they do business with repressive regimes? Leslie Harris, who was a key player in forging the agreement, explains what it means for free speech.


This week, a diverse coalition of leading information and communications companies, major human rights organisations, academics, investors and technology leaders launched the Global Network Initiative. The initiative seeks to help information and telecommunications companies chart an ethical and accountable path forward through the growing demands from countries to take actions that infringe on the freedom of expression and privacy rights of their users. Equally important, the initiative intends to engage in collective action to promote the rule of law and the adoption of public policies that protect and respect core human rights on the global network. Three technology giants, Google, Microsoft and Yahoo! have shown critical leadership by committing to the initiative, and others both in the United States and in Europe are likely to join in the coming weeks and months.

As readers well know, technology companies are under increasing pressure from governments all over the world to participate in network censorship and comply with laws that strain the bounds of human rights. It’s China of course, but it is also Turkey, where insult laws have blocked YouTube for months and Iran, Saudi Arabia, Tunisia and the United Arab Emirates, where all Internet traffic is reviewed and blocked by URL. And as the warrantless wiretapping scandal in the United States makes clear, the pressures to serve as the intermediaries in these activities are not limited to repressive and totalitarian regimes. The OpenNet Initiative continues to document a global rise in online censorship and surveillance and the demands on companies to cooperate with limiting access to content, even when that content is located outside the jurisdiction.

As the participants came to understand during the 18-month process that produced the key agreements and documents that frame this initiative, there are few bright line solutions to the challenges faced by global technology companies dealing with dozens of conflicting government demands. For that reason, the initiative does not set binary rules. Rather, it aims for a high level of corporate due diligence and risk management with respect to the demands they receive from government and greater user transparency about the impact of those demands on free expression and privacy in all markets where participating companies operate. However, these principles and guidelines are not merely aspirational: company fulfilment of these commitments will be evaluated through an independent and credible process for accountability. Just as important, all participants – each bringing their own ambit of experience and expertise – commit to collaborate in the shared task of advancing key human rights and addressing government policies that impact these rights. Finally, these are global issues, so this initiative seeks to have global application and impact – and yes, that does include the United States.

So what, in reality, will change? This initiative is not a silver bullet: governments are ultimately responsible for ensuring that the human rights of their citizens are protected. However, this initiative does create something that did not exist before – a mechanism for companies to assess and manage human rights risks, and a roadmap for managing emerging challenges as they arise. Responsible decision making processes, grounded in the human rights frame, will become the norm. The strength of this initiative also lies in the commitment of its participants to collaborate: shared learning and frequent examination of the group’s collective experiences and efforts amplifies the group’s ability to understand the complexity of the challenges faced and develop systematic, coordinated responses. Working together, the initiative’s participants are better positioned to influence government behaviour to be more protective of freedom of expression and privacy in the digital era.

We are fast coming up on the 60th anniversary of the Universal Declaration of Human Rights, which first articulated a broad human right to freedom of expression regardless of borders. At that time, few could have imagined the global Internet and its extraordinary power to actualise that right. Most could have anticipated the resistance of governments to a medium without gatekeepers. Keeping the Internet open, innovative and free requires action on many fronts. The launch of the Global Network Initiative opens up a new approach, one that bring advocates and companies together in a common cause.

We have big ambitions for the GNI and this is just the first step: we now begin the hard work of implementation and capacity building among all participants to reach our goals. Over time, we aim for the principles and guidelines to take root as a global standard that will be adopted by companies worldwide, employed by diverse stakeholders for advancing human rights, and recognised by governments and international bodies. But that will require other companies to step up to the challenge, join the initiative, and participate in the hard work ahead.