Liu Xiaobo is a man of exceptional honesty, conviction and courage. Since his involvement in the Tiananmen Movement in 1989, which led to his first imprisonment, he has defended continuously and peacefully and at great personal risk, the Chinese people’s rights to freedom and democracy. Awarding Liu Xiaobo the Nobel Prize for Peace is not a “desecration” of the prize, as the Chinese authorities so absurdly and erroneously put it, but a celebration and affirmation of its founding principals.

Prizes are recognitions of achievement, but they can also change things.

I hope that this prize will encourage the international community to become more vigilant about human rights abuses in China as they continue to profit from its growing economy; and will give courage to defenders of human rights around the world.

I hope the prize will help convince the Chinese authorities that suppressing freedom of speech and democratic yearnings is not only fundamentally immoral, but ultimately futile. Tyrannies may succeed temporarily in silencing their critics, but societies devoid of freedom of thought will eventually collapse, and regimes that owe their survival to the stifling of thought will be eventually held in derision.

And most importantly, I hope this prize will lead to the immediate release of Liu Xiaobo, and the many other political prisoners in China who have been incarcerated for merely practicing their constitutional right to openly express their opinions.

I call on the Chinese government to put an end to their barbaric suppression of free speech, and to at last recognize the rights and values that affirm the dignity and autonomy of each human life. 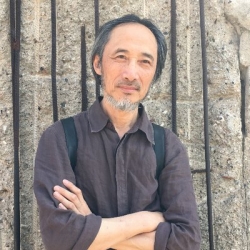 Ma Jian
Ma Jian is an award-winning Chinese writer. His latest novel is China Dream. His work is banned in China