Libel claimant Johanna Kaschke has been refused leave to appeal a decision in her libel case against bloggers Alex Hilton and John Gray.

Kaschke’s case was struck out as an abuse of process in July of last year.

The German-born blogger and political activist has said she will take the case to the European Court of Human Rights but she would be appealing against the UK government and not the defendants directly.

She sued for libel over a blog post about her past political activities written by John Gray on Labour Home, a grassroots site edited by Alex Hilton.

Today’s decision marks the end of a four year battle, John Gray told Index on Censorship. The case had highlighted how “ludicrous” libel laws were, he said.

Gray’s main gripe is with the high costs and lengthy process involved in striking out a case. Had it not been for the pro bono support of his solicitor advocate Robert Dougans he would not have had legal representation, he said.

Paid legal support “wasn’t an option”, he said: “There’s no way that anyone on a middling income can afford a barrister.” 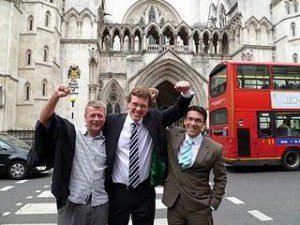 “What happened to me, Dave and Alex was sheer bad luck in one way but it was an accident waiting to happen to anyone who blogs.”

Gray said that he continues to support the campaign for libel reform, led by Index on Censorship, Sense About Science and English Pen, and believes that claims could be dealt with in the small claims court, reducing costs.

Alex Hilton agreed: “The expense in defending this case has been enormous and I personally will never recoup the money or time that I have lost. I often felt like caving in to Kaschke’s financial demands, just to end the case, and I’m certain that innocent defendants pay up every day rather than face litigants the like of Johanna Kaschke.

“The courts need an early stage logic check, something transparent like an appearance before a judge, whereby cases can be discarded if they are clearly nonsense,” he said.

“Lord Justice Thomas’ decision that Kaschke cannot proceed with her appeal is very relieving for my clients and for me. I know the stress that Alex and John were under until the claim was struck out last year, but this was not finally lifted until today.

“As well as this, I am very glad that the Court of Appeal and the High Court were willing to listen to, and accept, free speech arguments which are part of a growing body of case law which is giving writers, scientists, artists, bloggers and academics the ability to enter into free debate and keep citizens informed, educated and entertained.”

In July 2010, Dougans described the High Court’s strike out decision as “good news for bloggers”.

“The judge’s decision to strike out the claim on the grounds that the claimant was likely to achieve minimal if any damages shows that the court will take a firm line against claimants whose reputation has essentially suffered no damage.

“However, it took three years and a lot of money to get to this stage. This is not the fault of the courts, it is the fault of the law. Until we have a proper public interest defence, these cases can still cause a great deal of aggravation to bloggers and writers.” 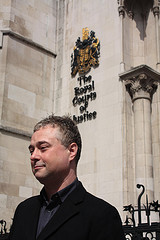 Kaschke’s case against another blogger, David Osler (pictured right), was also struck out last year, and she was refused leave to appeal in September 2010. Speaking at that time, Dougans, who acted for Osler as well, said:

“If Mr Gray and Mr Osler hadn’t written the balanced sensible articles they did both Mr Justice Eady and Mr Justice Stadlen were very clear that it would have been a different story [and] these cases wouldn’t have been struck out and they would be looking towards an expensive trial and probably an expensive verdict.”

Dougans said that bloggers needed be careful about how a reasonable person would interpret their words. “If you’re just reporting allegations – and it is possible to report allegations, but don’t adopt them as true … Mr Osler could have written a far more sensational article, but had he done so he would have been a good few thousand pounds poorer.”