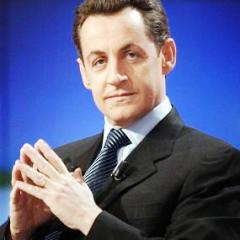 As France gears up for next year’s presidential election, President Nicolas Sarkozy finds himself mired in a scandal that refuses to die away, with a persistent series of claims that senior figures with close links to the Elysée Palace ordered illegal surveillance of journalists at France’s newspaper of record, Le Monde. The surveillance operation was apparently aimed at uncovering the source of damaging leaks regarding claims of illegal donations to Sarkozy’s party, Union pour un Mouvement Populaire (UMP), in the lead up to the last presidential campaign in 2007.

The case goes back to a September 2010 report in Le Monde detailing a police search of L’Oréal heiress Liliane Bettencourt’s home. When Bettencourt’s lawyer complained that the report violated the confidentiality of the judicial investigation, Philippe Courroye, the public prosecutor, ordered the police to search the journalists’ phone records in an attempt to find out how they knew about the raid. In May 2011, a French court ruled that the prosecutor’s decision to allow police to examine phone records was illegal, and now Courroye has been placed under investigation by the presiding judge Sylvia Zimmerman. According to a 28 September article in Le Monde, Zimmerman has evidence that indicates that Courroye “personally supervised the telephone surveillance, at the heart of the Affaire Bettencourt, of three Le Monde journalists, managing editor Gérard Davet, Jacques Follorou and Raphaëlle Bacqué.”

Zimmerman has also summoned Bernard Squarcini, head of the DCRI (French Internal Intelligence Agency) and Frédéric Péchenard, General Director of the French National Police in connection with the illegal surveillance. Much like Courroye, these were appointments made at the specific behest of the President himself, and anything that connects him to the affair could have a corrosive effect on his bid for the presidency next May.

The implication of Courroye’s connivance in the Bettencourt affair is particularly devastating for Sarkozy. Courroye, like so many of the players in the affair, is not only a political ally of the president but also said to be a personal friend. In 2009, Courroye was made an officer of the National Order of Merit by Sarkozy himself, who remarked in an interview with l’Express in November 2009: “People criticize the fact that we know each other, but that doesn’t stop him doing his job and me doing mine.” Maybe so; but Eva Joly, the celebrated Green party politician and former investigating judge said drily in an interview with Le Monde in July 2010 that Courroye was a “prosecutor under orders”, adding that he was “too proud and vain —-he seems to suffer from the same syndrome as Nicolas Sarkozy, the belief that he is all-powerful and untouchable.”

Increasingly, opinion-makers in France share Joly’s view. The suspicion voiced over the weekend in many French newspapers is that Courroye was seeking to exploit the judicial system from within to bury the campaign donation scandal surrounding the president in time for him to run for a second term, harking back to a longstanding French tradition of using the establishment to protect the power elite – a practice which many believe has become increasingly entrenched during Sarkozy’s presidency.

It appears that Courroye’s principal assertion of innocence is that it was in fact his deputy, Marie-Christine Daubigney, who gave the order for the surveillance of the three journalists’ telephone records.

Meanwhile, in another twist to the never-ending Bettencourt saga, Isabelle Prévost-Desprez, a magistrate at the same Nanterre court where Courroye is a prosecutor, was summoned last Friday to the appeal court in Versailles following the publication of her book Sarko M’a Tuer in August. Prévost-Desprez has been threatened with disciplinary action for publishing material from two interviews with witnesses claiming to have seen Sarkozy himself receive money from members of Bettencourt’s entourage. One of the witnesses has since denied having made the claim.