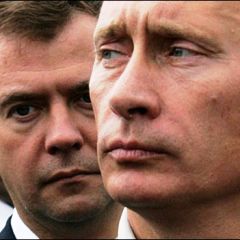 Tens of thousands of people participated in opposition rallies against alleged unfair parliamentary elections in Russia. The biggest was in Moscow: up to 120 thousand people demanded Russia’s prime-minister Vladimir Putin resignation.

“Putin Thief”, “We need fair elections”, “Register opposition parties” — these were slogans of Russia’s biggest protest rally since the day of parliamentary elections and since the beginning of post-Soviet Russia.

–        Political prisoners to be released immediately;

–        The head of the Central Election Commission Vladimir Churov to resign,and  his activities and election fraud to be investigated;

–        Opposition parties to be registered, democratic election law to be passed;

Rally participants agreed the authorities now have two weeks to react and fulfil their requirements. If not, a new rally, a bigger one, will be held on 24 December in Moscow and other cities. Opposition parties Yabloko and Communist Party, who took part in protest on 10 December, also resolved to remind the authorities about people’s demands on two rallies of their own — on 17 and 18 December respectively.

This day is not just remarkable because Moscow hasn’t faceda rally like this in 20 years, but also because other cities protested. Similar rallies were held in Saint Petersburg, Khabarovsk, Perm, Ekaterinburg, Novosibirsk, Samara amd other cities. Protests of solidarity were held outside Russia, too, in London, New-York, Oslo, Helsinki, Lisbon, Barcelona, Paris, Jerusalem, Tokio, Dublin, Berlin, Prague, Rome.

In most Russian cities policemen arrested tens of acivists, but in Moscow they earned applause from the rally participants for their unexpected accommodation. Previous Moscow protests against elections results have been marked with hundreds of detentions and cruel police actions.

Russian TV, just like the Moscow police, surprised people by broadcasting news about the rally. Previous protests were not covered. The current rally waseven  covered live, although neither Putin nor Medvedev were criticised on air and the rally’s topic — mass election fraud — was not explained or discussed during the broadcasts. Most items looked like reports on how well the police performed and how bad the traffic jams were because of the rally.

Inspite of rights activists’ words about “civil society rebirth” and “dramatic changes in Russia”, the Central Election Commission deputy Stanislav Vavilov said the Commission will not review election results. Putin’s spokesperson Dmitry Peskov told journalist the government “has not yet formed an opinion on the rally”.

But post-Soviet Russia has changed already: Never before has it faced tens of thousands of people chanting that they, not Putin and his “United Russia”, are the real power.

One response to “Russia urges Putin to step down”