In 1979, Vaclav Havel responded to fellow Czech dissident Ludvik Vaculik, who had commented on ordinary people’s role in combatting authoritarianism. Havel was arrested shortly after the rebuttal was published in Index on Censorship

Without exaggeration: none of us can know in advance how much we can bear, nor what we may be made to bear. That can only be known by your calculating model of a sensible, decent man within the limits of the law. None of us decided in advance that we wanted to go to jail, indeed none of us made a conscious decision that he or she wanted to become a dissident.

We became dissidents without actually knowing how, and we found ourselves behind bars without really knowing how. We simply did certain things we had to do and that it seemed propert to do: nothing more, nor less. Happy are those who are decent and haven’t landed in jail. But why should those who had that misfortune be set apart from the others? Is it not usually quite arbitrary who lands in it and who doesn’t? Those whom you call heroes, suggesting that they are overdoing things, didn’t get locked up for their ambition to become martyrs — they were locked up because of the indecency of those who put people in jail for writing novels or for playing tapes with the music of unofficial musicians. 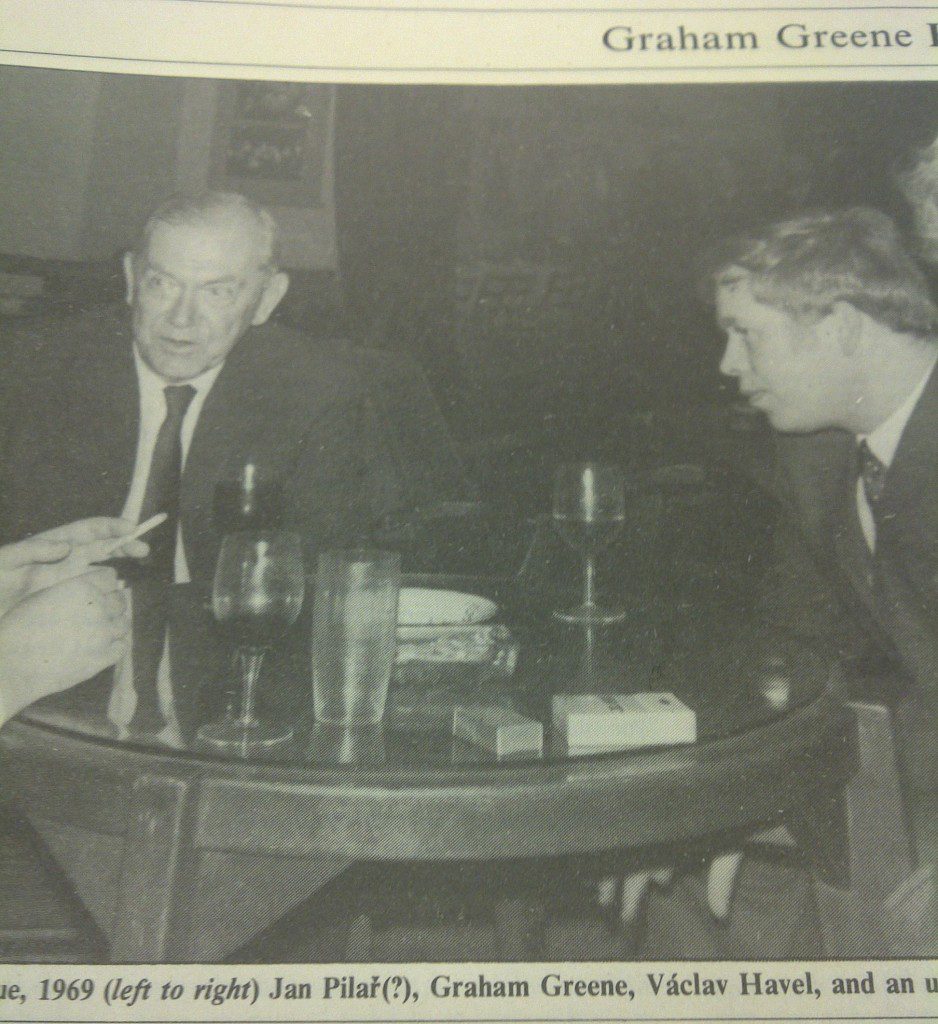 Havel with Graham Greene at the Prague Writers’ Club, 1969

No one wants to go to jail. If people were to take your advice and calculate the risks involved in the fashion of a thief deciding whether to burgle ad supermarket, there would, for long time now, have been in our country not a single expression of solidarity with an unjustly persecuted person, not a single truthful novel or free song, not even a single feuilleton. For how can we be sure that tomorrow that won’t start putting people away for single feuilletons?

3 responses to “Vaclav Havel: “We became dissidents without actually knowing how””