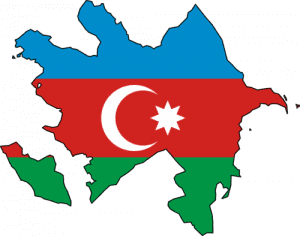 With the Eurovision Song Contest looming, Azerbaijanis are becoming more vocal in their demands for change, says Turgut Gambar

On 6 March, police used violence to break up a protest organised by the youth division of the opposition party the Popular Front in Azerbaijan’s capital Baku. Among those attacked was activist Jabbar Savalan, who had previously served almost a year in prison after calling for anti-government protests on Facebook.

Days earlier, on 1 March, thousands of people took to the streets in the northwestern town of Guba, 170 kilometres outside the capital, after a regional official appointed by central government, Rauf Habibov, publicly accused the people of Guba of treason and “selling their country, their land, their family”. A video of Habibov’s speech was posted on YouTube so that news of the insulting comments quickly spread. Despite an apology from the official, demonstrators demanded that he be removed from his post and his house was set on fire. Police and riot forces used tear gas and batons on the crowd, but they did not back off until their demands were met.  Rauf Habibov was sacked the same day.

The Guba riot may have been fuelled by Habibov’s insults, but the truth is that it was probably simply the last straw. And this is familiar throughout the country: people’s rights have been violated, poverty is rife; social services are far from satisfactory; there is a general feeling of discontent. The people who gathered in Guba were not political activists or Islamists protesting against the government’s curbs on religious practice. They were average citizens. So it is reasonable to expect that events similar to the Guba protest could potentially happen elsewhere. Immediately afterwards, there were rumours on social media websites and elsewhere online that similar actions were being planned in other regions.

This is the second time this year that protests have actually produced results. In January, authorities partially met the demands of taxi drivers after a series of mass protests. These kinds of successes are rare in Azerbaijan, where 2011 protests, inspired by the Arab spring, were thwarted and organisers and activists were left frustrated and angry. Though authorities broke up the protest in Baku with violence, many activists in the country were encouraged by these examples of relative  success  —  and the international media has noticed.

The Youth Rights Protection Committee, a coalition of independent youth organisations and youth wings of opposition political parties, applied to the Baku City Executive Power to authorise a demonstration on 17 March. A union affiliated with opposition parties, the Public Chamber, is also planning rallies in early April.

Evidently, the atmosphere in Azerbaijan is livening up. It is difficult to predict what the impact of these planned actions will be. The democratic forces  in the country — those organisations working towards reform and real social change — have warned that if the authorities refuse to carry out reforms immediately, protests will erupt all over the country. One Guba MP from the ruling party, Yevda Abramov, added that what happened in Guba should be seen as a warning for local authorities throughout the country.

Until now authorities have clamped down on dissent, trying to limit the activity of political parties, youth organisations and various social groups. Last year’s Great People’s Day saw a number of arrests, including Savalan and Tural Abbasli. Activists have been harassed, detained and arrested; freedom of assembly has been continuously violated. There were reports that some of the activists arrested in Baku on 6 March  were tortured at the Yasamal District Police Station. Authorities have seemed reluctant to change their attitude even despite the potential blow it could have on the country’s reputation in the run up to the Eurovision song contest.

But events in Guba have given a new dimension to the the people of Azerbaijan’s struggle for freedom. Before, only opposition political parties and some youth organsations planned mass demonstrations. But now we might see the start of previously inactive social groups standing up for their rights as well; the momentum is there. The events of 1 March demonstrated clearly — to the Azerbaijani local and national government, but also to the wider world — that discontent is not restricted to Baku and that people are furious and ready to do something about it.

Turgut Gambar is an activist based in Baku. He tweets at @TGambar

3 responses to “Dissent stirs in Azerbaijan”