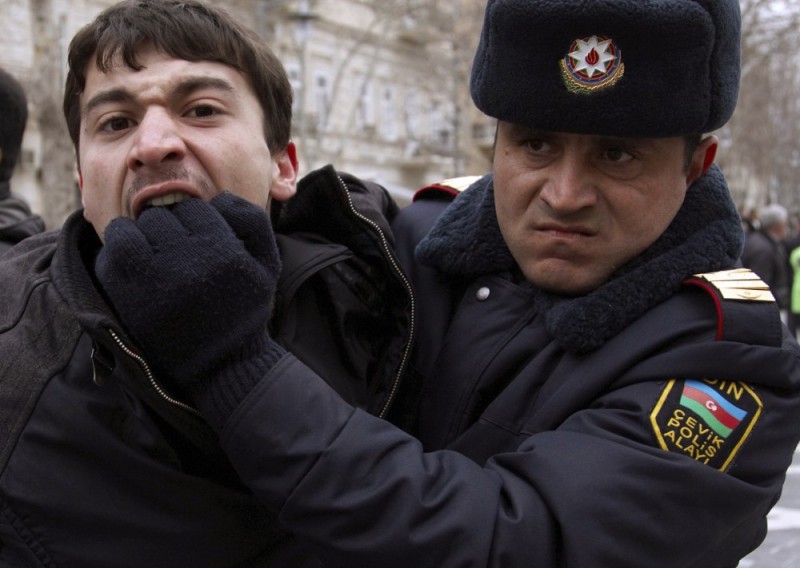 As the Eurovision Song Contest hits our screens next week, Index calls on the expected 125 million viewers not to ignore the human rights abuses – against journalists, artists, activists – that the Azerbaijan government presides over

Index Chief Executive Kirsty Hughes said: “It would be a travesty if the Azerbaijan government gets away with using Eurovision to divert attention from the abuses it is committing against its own people. The image they hope to present to the international media is completely removed from the violence and repression faced by journalists and activists.”

On Monday, Index will launch a petition that calls on the Azerbaijan government to protect the rights of its people and end the violence against journalists and activists.

Azerbaijan’s citizens continue to face violence, persecution and imprisonment for exercising their right to free speech. For many years, journalists, musicians and activists have been arrested, abducted and tortured for speaking out against the government. Those affected include Idrak Abbasov, an investigative reporter who won the Guardian/Index on Censorship Award for Journalism in March of this year. Just a few weeks ago, while filming the demolition of houses, he was beaten unconscious by private security guards while the police looked on.

In preparing for Eurovision, the government has committed even more abuses against the Azerbaijani people. Private homes have been demolished and more than 20,000 people have been illegally evicted in Baku to allow for building around the hall where the contest will take place.

Eurovision is just one part of the government’s attempts to present Azerbaijan as a modern, democratic country. According to internet magazine Contact, in 2011 the government’s budget for promoting Azerbaijan rose to almost £24 million (AZN 30,000, 000).