DEFAULT
A new argument for censorship?
17 Sep 2012
BY PADRAIG REIDY 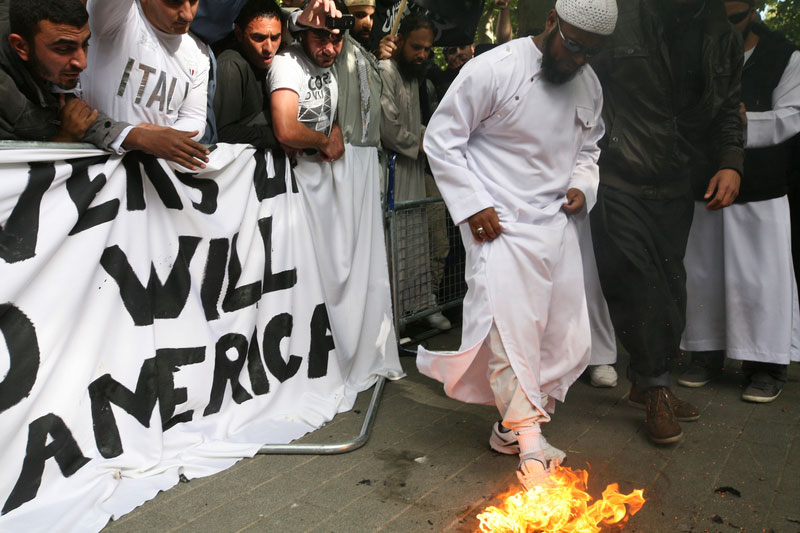 The controversy over “The Innocence Of Muslims” rumbles on, with Hezbollah leader Hassan Nasrallah calling on supporters to demonstrate throughout Lebanon this week.

Has this particular incident been different from previous blasphemy rows? In some ways, yes. Perhaps the most interesting was Google’s removal of the video from YouTube Egypt and Libya, independent of any court order. This should be of real concern to anyone concerned with freedom on the web. While Google-owned YouTube is not the only video sharing site, its dominance is such that it can severely restrict free speech should it wish.

To be fair to Google, it has refused requests to block the film in other jurisdictions. Australian Communications Minister Paul Conroy’s request that YouTube consider removing the video was met with a flat rejection. But Google has now left itself open to more demands to remove material, having set a precedent, no matter how exceptional the circumstances.  As Jillian C York of the Electronic Frontier Foundation has written: “…by placing itself in the role of arbiter, Google is now vulnerable to demands from a variety of parties and will have to explain why it sees censorship as the right solution in some cases but not in others.”

This was also the first large scale controversy of this type since the Arab Spring, and many who had been keen to portray the popular uprisings across the Middle East as Islamist coups are using these events as vindication.

Certainly, Egypt’s Muslim Brotherhood, effectively the ruling party, could have handled this much better. Its call for a mass protest on Friday (subsequently recalled as the situation escalated) was inappropriate, and instead the group should have moved to calm the situation, (listen to this BBC radio debate between me and Muslim Brotherhood spokesman Dr Hany Eldeeb) But President Morsi did at least manage to tread the line between criticising the film while condemning the violence.

But if we look at the attack on Camp Bastion in Afghanistan and the US consulate in Libya, it’s clear that these were launched by groups who would have attacked US interests regardless of the film controversy. There’s a certain amount of truth to the claim that there is more to the protests, riots and attacks than blasphemy alone.

For all that is new, this is a sadly familiar pattern. As with the Jyllands-Posten Muhammad cartoon controversy, consciously provocative material created in the west was picked by extremists in the Middle East, and used to stoke up anger and anti-Western feeling.

We may now witness the emergence of a new argument for censorship: the traditional hate speech “incitement test” — that there must be a clear link between “words and deeds” — may come under re-examination. Is there a difference between comment published with the intent to incite violence and comment published with the intentional expectation that violence will result?

15 responses to “A new argument for censorship?”