The following letter calling for greater defamation law reform, including limiting corporations ability to use libel law to silence civil society critics, was coordinated by Index on Censorship and the International Freedom of Expression Exchange network (IFEX) 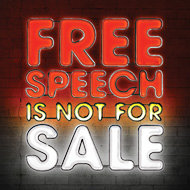 We the undersigned represent free expression and civil society organisations from across the globe. We welcome the UK government’s attempt to revise English libel law, but remain concerned that the legislation fails to deliver the reform that you promised in your election manifestos and in the May 2010 coalition agreement.

English libel law has been shown to have a chilling effect on free speech around the world. We believe that the Defamation Bill will address this in part by tackling libel tourism, where foreign claimants have brought libel actions to the English courts against defendants who are neither British nor resident in this country. However, the Bill as it stands would not have prevented any of the libel cases that we have seen over the last few years against journalists, scientists, doctors and activists who have spoken out on issues that are in the public interest.

We call on the government to include a strong public interest defence in the Defamation Bill to allow free and open debate in the UK and abroad.

In addition, restrictions must be placed on corporations to limit their ability to use libel law to bully and silence their critics.

The UN Human Rights Committee has warned that unduly restrictive libel law in the UK could have a negative impact on the right to freedom of expression worldwide. We believe it is of the utmost importance that the government delivers reform that protects freedom of speech both in the UK and abroad.