PAST EVENT: 3 Dec: Leveson’s legacy and the future for the British press 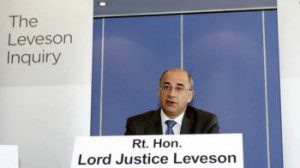 On Thursday 29 November Lord Justice Leveson published his report into the culture, practices and ethics of the press. Since November last year when hearings began he has taken evidence from journalists, editors, proprietors, politicians and victims of phone-hacking.

Index on Censorship and the Frontline Club will be bringing together a reactive debate, with former Daily Star reporter Richard Peppiat, Media Standards Trust Director Martin Moore, Editor-at-large of Spiked! Mick Hume and Index’s Kirsty Hughes chaired by the BBC’s Torin Douglas, to discuss the findings of the report and what it will mean for the future of the British press.