On 8 December police entered the rented Minsk premises of the Belarus Free Theatre (BFT) and forced the actors and members of the 60-person audience to provide identity information.

The officers interrupted a performance of the BFT’s play Zone of Silence. After they had recorded the identities of everyone in the building, the show then went on. 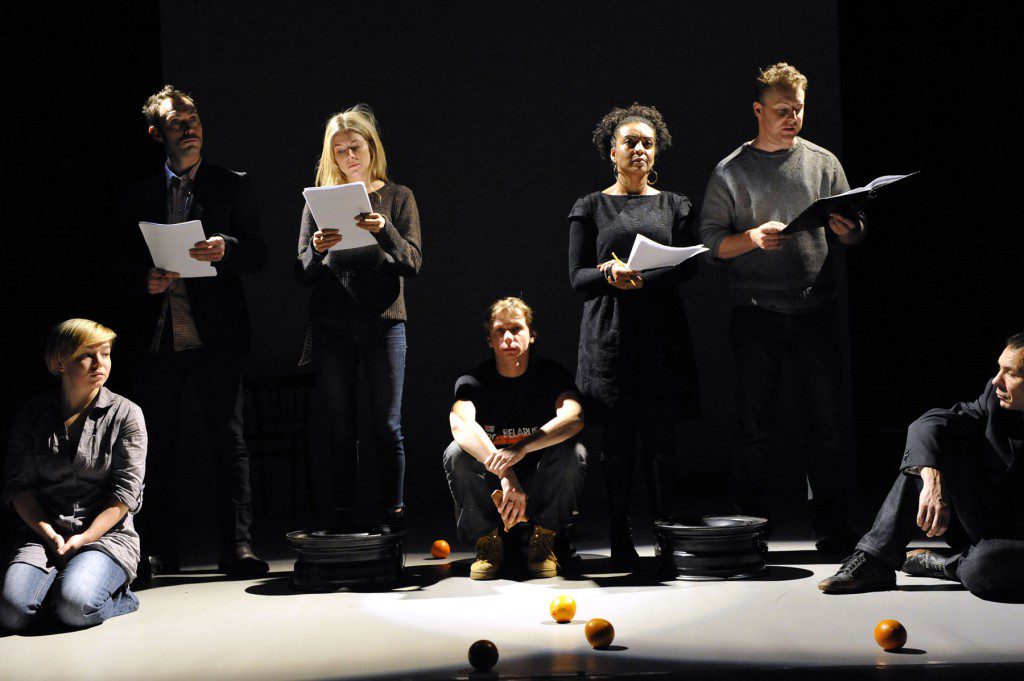 The theatre troupe is used to police harassment. Saturday’s raid was the second police visit in 24 hours — the previous day police told manager Svetlana Sugako to prepare a list of the passport details of all BFT actors and staff.

The BFT is known for staging plays that reflect life in Belarus under the authoritarian rule of President Lukashenko, and for international campaigns protesting state repression and demanding the release of political prisoners. Index has worked with the theatre company over a number of years.

As the company is not licensed by the state, BFT performances must take place in secret. Prospective audience members receive text messages at short notice, directing them to spaces in the woods or temporarily rented houses. Audience members have been arrested, and actors frequently harassed. Nicolai Khalezin, the company’s Art Director who was forced to flee Belarus with his wife and fellow theatre member Natalia Koliada after the country’s rigged 2011 elections, told Index:

The police entering the theatre during the play is just the tip of the repressive iceberg as the most serious acts of repressions take place off stage. All our actors were sacked from state theatres, expelled from universities; most of them have been detained, arrested or included in travel ban lists by the Belarus authorities.

We are considered dangerous to Lukashenko’s regime as we are well-known abroad, and things we say about the real situation in Belarus are picked up by international media.

Mike Harris, Head of Advocacy at Index on Censorship watched the Free Theatre perform in Minsk in 2010:

The Free Theatre have been targeted because their artistic dissent is one of the most internationally recognised voices against Lukashenko’s regime. The regime is attempting to curtail one of the last remaining spaces for free expression in Belarus.

Andrei Aliaksandrau is Belarus and OSCE Programme Officer at Index. He tweets at @aliaksandrau