Russian authorities not only have narrowed the rules regarding NGOs’ activities, but they also subject civil society activists to direct repression, Andrei Aliaksandrau reports

Russian police raided private apartments and office premises of human rights activists in the city of Voronezh — 500 kilometres south of Moscow — on Wednesday, Index learnt from direct accounts of the episode. 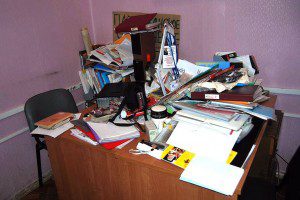 Early in the morning, anti-extremism police forces (known as “Centre E”) and investigators from Moscow entered and searched the private homes of six local activists, who were later taken to police facilities and interrogated. Computer equipment, leaflets and books were confiscated from their flats.

Later, also on Wednesday, eight plain-clothed police officers broke into the Human Rights House-Voronezh, headquarters of several local human rights NGOs. Their visit resembled a “gang raid” — said one witness to Index — rather than a legitimate search by a law enforcement agency. The officers refused to identify themselves or present a legal search warrant. They forced Victoria Gromova, director of the Youth Human Rights Movement, out of her office, blocked several activists in one of rooms, and locked themselves inside another, where they rummaged through documents and files. The raiders did not allow in an attorney the activists called during the incident. They left together with two computers, hard disks and USB drives they confiscated.

The official line on the busts was the investigation following the criminal case against three Russian opposition leaders, Sergei Udaltsov, Leonid Razvozzhaev and Konstantin Lebedev. They stand accused of plotting mass riots in Moscow in May 2012, in the context of the protests against the rigged elections that saw Vladimir Putin elected the president of Russia for the third time.

Andrey Yurov, a human rights defender and a member of the Presidential Council on the Development of Civil Society and Human Rights, told Index:

It looks like certain groups within the authorities try to ‘mix’ human rights defenders with political opposition. They want to show we are the same; that we are involved in political activities and struggle for power, while in reality we fight for rights and try to preserve political neutrality. Those groups in power just don’t want any neutral mediators to exist in the society, so it is ‘black and white’ and it is easier ‘to fight enemies of the state’.

Yury Dzibladze, the president of the Centre for the Development of Democracy and Human Rights, is convinced the latest events mark a new level of the Russian authorities’ war against civil society of the country:

The government certainly sees more and more people in Russia become politically involved; they go out in the streets to protest, they share their views online, they got involved with civic activism in different forms. This broadening activism and protest movement scared the authorities, who are willing to preserve power. This is exactly the reason why several repressive laws were adopted in Russia within last months that changed the very fundamental principles of functioning of the state and its relations with civil society.

The new legal framework that has an impacting on civil society includes regional laws that ban “propaganda of homosexuality”, for example, and restores criminal liability for libel.

However, the most notorious amendments include new rules on assembly, demonstrations and non-governmental organisations activities; those who receive foreign funds for their activities are expected to register as “foreign agents”.

Exactly at the same time when human rights defenders in Voronezh were searched by the police, the State Duma — the lower chamber of the Russian Parliament — adopted in the second reading a new repressive law, already dubbed the “anti-Magnitsky act”. It further deteriorates the legal framework for civil society organisations, as it provides, for instance, for suspending of activities of NGOs “involved in political activities” or “threatening Russian Federation’s interests.” Despite these terms not being legally defined and being clearly political, the State Duma is expected to adopt the draft law in the third, final, reading this Friday.

The laws are not only being adopted, they are implemented against activists that feel direct repressions,” Yury Dzhibladze says. “This is not a ‘cold war’ anymore; this war the authorities of Russia declared to civil society is becoming more and more real.”

Andrei Aliaksandrau is the Belarus and OSCE Programme Officer at Index; he tweets @aliaksandrau

One response to “Putin’s Russia at war with civil society”