Pakistan’s historic election is history. Historic because it is the first time a government has completed its term without being ruthlessly axed, toppled by military dictatorship or unelected politicians.

It was also one of the bloodiest elections in the country’s history. At the end of three weeks of campaigning, at least 117 people including election candidates have been killed. Former Prime Minister Nawaz Sharif began talks on Sunday to form a new government, The New York Times reported.

As the campaigns proceeded, the rift became clearer: the Taliban threatened and attacked specific political parties namely, Awami National Party, Pakistan People’s Party and Muttahida Qaumi Movement, derailing their campaigns to the point where the parties had to shut down their election offices. Even that didn’t stop the terror attacks, as locked and empty political party offices continued to be targeted. The Taliban claimed that the political parties being targeted were secular and worked against the ideology of Islam. Although the Taliban were the biggest perpetrators, they weren’t the only ones: political rivalries and attacks continued throughout the country during campaign time. Only Punjab, one of the country’s largest provinces, remained relatively terror free. 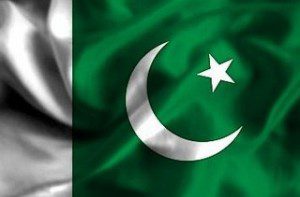 Moreover, the political parties that were not on the Taliban hit list shied away from calling out the Tehrik-e-Taliban Pakistan over the attacks, despite condemning the attacks vocally. Eventually, as a gesture of solidarity, Pakistan Tehreek – e – Insaaf, party led by Imran Khan, announced to it would withdraw all its scheduled events for election campaigning in Karachi.

Violence, Moral Policing and the Constitution

Violent attacks by far have been the biggest deterrent to political campaigning this election, sustaining attacks because of their secular ideology shunned political workers from expressing their views, further bifurcating the already polarised political and social discourse.

But hindrance to freedom of expression began as early as the election process itself. The election commission sparked a huge debate when the nomination papers of a renowned columnist were rejected by the district returning officer, or RO, “for writing against the ideology of Pakistan” in his columns. But even more concerning was the fact that the objection was raised by invoking the constitution’s Article 62 & 63, introduced during the much-reviled dictatorship of Zia-ul-Haq. To paraphrase, the articles made it mandatory for prospective political candidates to have a clean criminal record; of being of noble and sound character reflecting the Islamic beliefs and of not having ever worked against the security and interest of the nation or having criticized the military or the judiciary, amongst other things.

The account of journalist and politician Ayaz Amir was even more revealing: “I was told that in my column I have endorsed liquor drinking. I really don’t know from where the RO has got this impression, as I have not written anything like this.” As fellow journalist Omar Warraich aptly summed it, it seemed Amir was being disqualified for a thought crime. Amir challenged this in the Lahore High Court, which reversed the RO’s decision, allowing Amir to contest elections. However, that hasn’t stopped the much needed debate around Pakistan’s amended constitution, which successfully cripples freedom of speech, expression and even privacy by subjecting it to ‘reasonable restrictions’ from vague terms like ‘glory of Islam’  to a subjective issue of ‘morality’.

It’s hard not to acknowledge the void left by the missing voters — women, the nearly 1.5 million people of Gilgit Baltistan and the four million Ahmadis. Although their plights may vary, the issue remains the same — a significant segment of the society will watch the elections unfold from a distance and not enough has been done to ensure their participation.

The Ahmadiyya community has boycotted the elections process for at least three decades after a law declared them ‘non-Muslims’. This was exacerbated in 2011 when the election commission created a separate voters list for the Ahmadis. This action marginalised them even further. Even though Pakistan’s Supreme Court took the discrimination complaint under serious consideration, it ruled that the court couldn’t over rule a constitutional command.  The past few years have been tumultuous for the country’s religious minorities, the boycott from the Ahmadiyya community might deter other religious minorities from voting.

A report published last year by Pakistan’s Fair & Free Election Network, approximately 10 million Pakistani women were unaccounted for in the draft electoral rolls released in 2011. With the exception of a few, political parties have remained largely negligent of mobilising the women voters. Despite powerful women in the assembly and strikingly powerful stories of women candidates the issue remains: How many women will turn up to exercise their right to vote? Will the stories of candidate Veeru Kohli, bonded labourer from Hyderabad and  Badam Zari of Bajaur inspire more women voters to practice their rights? Reports suggest otherwise.