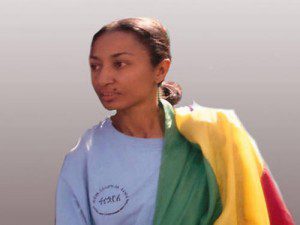 The OSCE’s Representative on Freedom of the Media Dunja Mijatović said the digital switchover is often portrayed as being merely a technical issue of frequency allocation, but that its implications for freedom of expression are great and that new spectrum should be used to enhance minority voices and to democratise access to information.

UNESCO’s Director of Freedom of Expression and Media Development Guy Berger desribed a concept he termed internet universality based on freedom of expression, privacy, openness, accessibility and multi-stakeholderism. Borrowing from Abraham Lincoln’s Gettysburg Address, he said the internet must be of the people, by the people and for the people to function properly.

I asked Berger how freedom of expression and privacy should be reconciled when issues around anonymity and the right to be forgotten come into play. He said the most important part of this balancing act is the process, which must be proportionate and transparent so as not to violate one fundamental right in an effort to serve another. On the same panel, Nicolas Seidler from the Internet Society in Switzerland said that individual citizens must fulfil their vital role in the multi-stakeholder process by fighting governments and corporations to ensure the internet remains a free and open space.

A second panel focused on the role of intermediary organisations in protecting freedom of expression online. Eduardo Bertoni, who leads an initiative for online free speech in Argentina, said that service providers, search engines and web hosts all have different responsibilities for free speech online. There are no clear international standards for intermediaries to follow, but the special rapporteurs’ Joint Declaration on Freedom of Expression and the Internet suggests instances in which intermediaries should be immune or liable for their users’ behaviour.

Bob Boorstin, Director of Public Policy & Government Relations at Google, said that intermediaries should serve as platforms, protectors, advocates and educators of users’ rights and responsibilities online. He added that takedown procedures should err on the side of freedom of expression in protecting users when possible. Fabiola Carrion who works on policy at Access Now said that individuals should encourage their service providers and other intermediaries to issue regular transparency reports, which Google, Twitter, Microsoft and others already do.

A non-online highlight of the day was the awarding of the UNESCO/Guillermo Cano World Press Freedom Prize to Ethiopian journalist Reeyot Alemu. Alemu was arrested in June 2011 for reporting critically on poverty, politics and gender equality in her country. The widow of slain Colombian journalist Cano for whom the prize is named placed a ceremonial medal on Alemu’s portrait as a friend accepted the award on her behalf and read a message pleading for those in the crowd to help end attacks, imprisonment and impunity against journalists.

Be sure to follow me on Twitter (along with the hashtags #wpfd and #pressfreedom) as I report on the rest of the conference, and check Index’s site for highlights from the final day in San José.