More than two years after mass protests in Egypt demanding “freedom” among other things, the media in Egypt, post revolution, is a lot more vibrant and freer than it was under toppled President Hosni Mubarak. But it is a sensational, tabloid and segmented media, reflecting the deep polarization in the country, Shahira Amin reports. 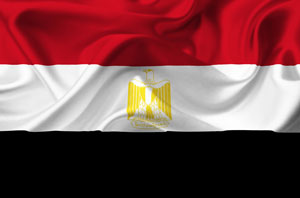 Egypt’s post-revolution mediascape is vibrant but partisan and fraught with uncertainty. Photo: Shutterstock

With Egypt divided into two camps: liberal and Islamist, the media is also split, aligning itself with one side or the other. Most private TV channels and publications have taken an anti-government stance, routinely vilifying President Mohamed Morsi and his ruling Muslim Brotherhood. Meanwhile, as calls grow on the streets for a return to military rule, the private media has reverted back to glorifying the military, portraying the armed forces as the “guardians of the revolution.”

Continuing a longstanding tradition of idolizing those in power., the media have put the military — perceived as being more powerful than the Islamist Morsi — above criticism. One striking example is when presenter Iman Ezzeldine on a recent live show on the independent ONTV channel, accused Morsi of paying the Guardian to publish excerpts from a leaked report on military abuses during and after the 2011 uprising. She claimed that Morsi was trying to “tarnish the image of our noble armed forces”.

On the other hand, the Islamist media has sided with the president, singing his praises and persistently defaming the liberal opposition. Meanwhile, state-controlled media especially State TV –long a propaganda tool for the Mubarak regime—continues to be used by the government as an instrument of political manipulation , dashing hopes for a major breakthrough in media freedom in post-Mubarak Egypt . Many of the journalists working for state-run newspapers or TV channels have fallen back into the old habit of self censorship.

Despite airing diverse views, the state broadcaster has adopted the familiar state line that “the opposition activists are foreign-backed troublemakers” and has repeatedly warned that “the anti regime protests would harm the economy”. Editors and presenters meanwhile continue to complain of interference by senior management in editorial content. Despite the backsliding, a handful of presenters are resisting manipulation and have taken a stand against censorship. Anchor Hala Fahmy was taken off the air after she appeared on her show carrying a white shroud symbolizing what she described as “the demise of free expression.” Bothaina Kamel, another prominent anchor has faced interrogation after asking viewers to “stay tuned for the Muslim Brotherhood news bulletin”.

State TV employees have meanwhile staged a series of protests outside the State TV building in Maspiro calling for a purge of the media and demanding that the Islamist Minister of Information step down. Among the demands of opposition activists who led the calls for reform during the 2011 uprising was “an end to state control of the media”. Critics argue that the appointment of a Minister of Information can only mean a return to censorship and government propaganda.

A wave of criminal investigations of journalists critical of Morsi and the Muslim Brotherhood in recent months has raised concern over a return to Mubarak-era policies to silence voices of dissent. After a public outcry over the interrogation of popular TV satirist Bassem Youssef by the public prosecutor on charges of insulting religion and the president, Morsi has sought to allay fears of a government crackdown on the media, promising that no further charges will be pressed by the presidency against critical journalists.

While there’s still cautious optimism on the possibility of a free and open media in the “new” Egypt, social media has undergone a revolution of its own, giving bloggers and activists an alternative platform to share information among themselves and with the world and to openly debate the way forward for their country. While the lively debate on social media networks like Facebook and Twitter has allowed Egypt’s internet activists to steadily deepen their imprint on Egyptian society and politics, the impact of the online revolution has been limited, falling well short of the aspirations of the Tahrir opposition activists for serious reform of the media. In a country where the illiteracy rate is more than 40 percent, there needs to be a revolution in state controlled media — especially television — for the effects to be far reaching.