Russia’s new blasphemy law is censorship under the guise of protection for believers, says Padraig Reidy 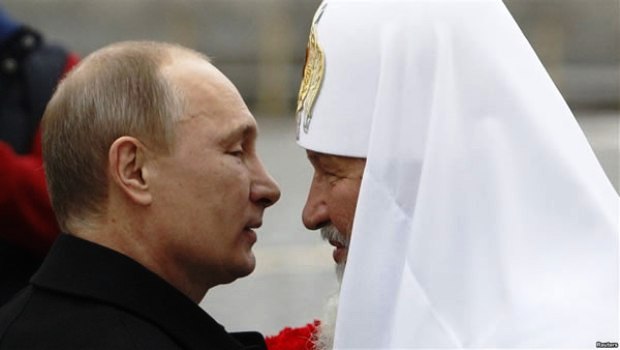 In his speech on Russia’s Constitution Day in December 2012, Vladimir Putin bemoaned the decline of spiritual values.

The former KGB man continued: “We must wholeheartedly support the institutions that are the carriers of traditional values.”

So far, so Mother Russia.

What was interesting was that the president went on to say that it would be “amoral” to create laws governing spirituality.  Putin  commented ““Any attempts of the government to intervene with people’s beliefs are effectively a sign of totalitarian rule. It’s absolutely out of the question. It’s not our way.”

This would seem at odds with this week’s passing of a new blasphemy law, which will impose prison sentences and fines on people convicted of “public actions expressing clear disrespect for society and committed with the goal of offending religious feelings of the faithful”.

But it is in fact very much in the mould of the current trend for religious defamation law.

Traditionally, blasphemy was the crime of causing offence to God himself; now it is recast as causing offence to believers. Blasphemy laws are here to protect us. Look back at the testimony durings Pussy Riot’s trial, and again and again you hear the stories of poor innocent believers who were shocked by the women’s behaviour; even if the Patriarch and the president had wished to forgive the punk group, they had to think of the poor pious babushkas who had been rocked to the very core by an act that some admitted to not actually having witnessed.

Shamefully, Ireland has led the way in this trend. The Irish Defamation Act of 2009 established definitions and punishments for blasphemy where none had previously existed (in spite of the fact that the 1937 constitution recognised blasphemy as a crime, it did not define what blasphemy was, and thus, there had never been a conviction for blasphemy, or even a full trial, in the country).

The Irish law defines religious defamation as any action likely to cause “outrage among a substantial number of the adherents of [a] religion”, with fines of up to e25,000 payable by those found guilty.

The wording of the Irish bill was used as a template in the Organisation of Islamic Conference’s attempts to get the UN to recognise religious defamation as a crime.

Of course, the old-fashioned definitions of blasphemy still exist: in Egypt this week, writer Amer Saber was given a five-year sentence for “contempt of religion” for authoring a short story collection called “Where is God?”. And in Syria, a teenager was reportedly shot in front of his family merely for uttering the name of Muhammad. The abuses of blasphemy law in Pakistan are only too well known.

But the justification for blasphemy laws, as with many other censorious impulses, is increasingly tied up in the idea that people should be protected from offence, from controversy, even from being challenged.

Perhaps the most offensive notion is that we cannot deal with ideas, even aggressively expressed ideas, that we disagree with. Government’s such as Putin’s are all too happy to shut down free speech and repackage censorship as benign protection.