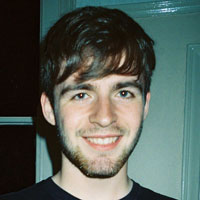 Index on Censorship is pleased to announce Charley-Kai John as the winner of our first student blogging competition on free speech. Entrants were asked to submit an essay about the biggest challenges to free expression in the world today. Here is John’s winning entry:

The biggest challenge facing freedom of expression in the world today is that the world wide web is not worldwide.

You see something. You Tweet about it. You post a status on Facebook. You share. You express. While it may not always be obvious at the time: you are flexing your freedom of expression. It is an everyday thing that can be found in your pocket or on your desk. Internet access is your tool to comment on society with. I am uploading this to Index right now using the internet.

It was given to ‘us’ for free. However the ‘you’ and ‘us’ I speak of are subjective. I am speaking about people in Britain, and other countries where the web access is widely available. This subjectivity undermines the freedom of expression embodied in the premise of a ‘world wide’ web. Having open internet access is a privilege that I and many people often take for granted.

A trending # has the ability to connect people across the world instantaneously but that does not mean it will be seen by everyone in every country. North Korea is an extreme and yet important example. “Technically” this is a country with internet, however to say it is a country with internet encapsulates access which is not limited to certain members of society and heavily censored by the government.

The country recently gained its own wireless 3G network. It is a 3G network unlike any other. The 2 million North Korean citizens who now use this service are unable to access the internet. The DPRK twitter account cannot even be accessed. A shame for any North Korean wishing to see the same message its government relays daily, regurgitated through a medium designed to expand the world. What little internet access North Koreans do have is used instead to make their world smaller.

A country that is secluded from the internet is secluded from the world. The North Korean government has been able to hold its grasp by limiting access to a world outside the one they have created. An outside world is not a possibility without a world wide web to present it. This access needs to be in the hands and homes of North Koreans because at the moment, it is an understandably difficult external world to visualise.

Journalist Jean H. Lee tweeted this on February 24 2013. It may only be one tweet floating around the Twittersphere that day but it is believed to be the first twitter message sent using the country’s mobile 3G service. It is also probably one of the last. Internet access withheld from its own citizens was offered to those coming into the country and even this service has reportedly now been stopped.

I want to see a tweet, not from a journalist, but from a North Korean: expressing views that are not the government’s but their own. I want this blog post to be easily accessible in North Korea. The world wide web has turned freedom of expression into a truly global thing but there is still room for it to grow.

John is a first-year undergrad at the University of Warwick studying English literature. His blog post focuses on the limits of digital freedom of expression in authoritarian North Korea.

The judging panel — which inculded Index on Censorship CEO Kirsty Hughes and former Chair Jonathan Dimbleby, Global Publishing Director at SAGE Ziyad Marar, and Head of Journalism at City University London George Brock — commended John’s entry for his original point of view, fresh and engaging style, and clear understanding of one of today’s greatest challenges to freedom of expression.

John’s winning entry will be published in the Index on Censorship magazine. He will also receive £100, a one-year magazine subscription and will be invited to our magazine launch party in September.