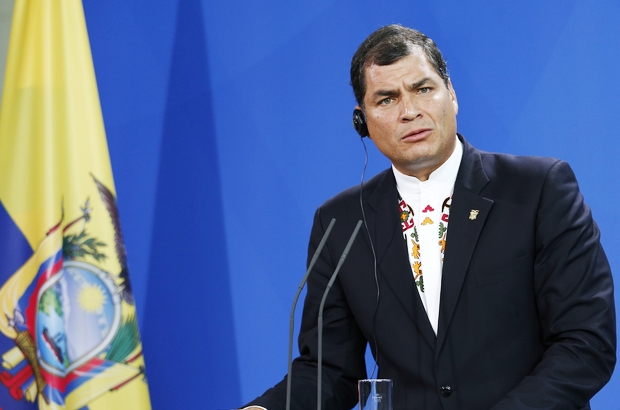 The law comes against the backdrop of the president’s rather fraught relationship with the domestic press. Correa has notoriously gone into battle against some editors and columnists in the country, filing a multi-million dollar libel case against newspaper El Universo. Correa sued after a columnist on the paper described him as a dictator, and said he held responsibility for deaths during protests in 2010. In an interview to be published in the next issue of Index on Censorship magazine, UN rapporteur on free expression describes Correa’s action against El Universo as an “act of intimidation”, even taking into account Correa’s eventual pardon of the journalists.

More recently, Ecuador’s Ombudsman has stated his intention to sue publication Hoy! for a headline claiming Correa described gay marriage as a “novelty”.

Internationally, Correa has been keen to project an image as a defender of free expression, offering Wikileaks head Julian Assange asylum. Assange marked his first year holed up in Ecuador’s embassy in London this week after breaking bail.

The new law has some interesting provisions: it states that public authorities cannot censor the media; and enshrines protection of sources as a right.

But it then gets to the difficult business of defining what shape journalism should take, and by extension what should be published (take note, Leveson watchers).

“It is everyone’s right that information of public interest received through the media should be verified, balanced, contextualized and opportune.”

This is tricky, not least because it suggests that the government can define what public interest is.

The Economist reports that the new regulator would actually force publications to run certain “public interest” stories, citing Correa’s frustration with the lack of coverage of his activities as possible motivation for a provision that would forbid the “deliberate omission” of stories.

Even when media hostility to the president is taken into account, this forced publication of government-friendly stories is a terrifying prospect.