Whatever happens to the NSA whistleblower, the repercussions of his actions will endure 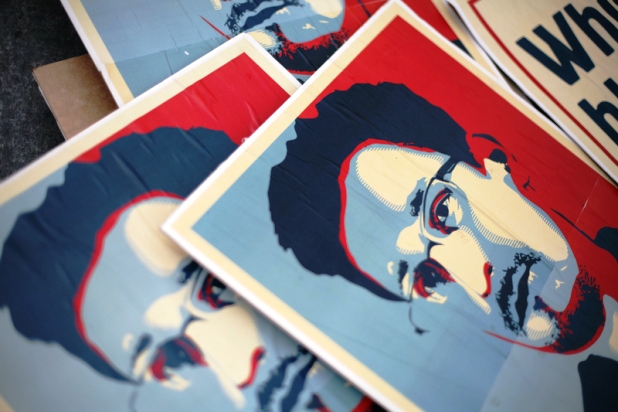 Edward Snowden’s leaks have exposed an ideological chasm between the partisans of free information and liberty and the guardians of state security. They have also asked demanding questions of the public at large: when does intelligence gathering become an unwarranted intrusion into private lives? Is the first responsibility of an intelligence agent to the country he serves or to a — self defined — greater good? Can we have a free society without people who do dirty work like spying on our emails?

Snowden also declared in an interview given before he left his home in Hawaii with German newspaper ‘Der Spiegel’ that the NSA is “in bed together with the Germans the same as with most other Western countries” and that the USA and Israel co-wrote Stuxnet, the malicious computer virus utilised against an Iranian nuclear site.

These revelations made by Snowden come as a shock to the public consciousness and this is certainly reflected in the activities of pressure groups in the US and the UK. The Electronic Privacy Information Center, based in Washington DC, has filed an emergency petition to the US Supreme Court in order to halt the NSA’s logging of the nation’s telephone records.

Meanwhile in the UK, human rights group Liberty has filed a claim to the Investigatory Powers Tribunal against the British Intelligence Services for their role in the PRISM or Tempora surveillance programmes. It remains to be seen, however, whether both of these attempts to halt or impair mass surveillance will be successful: the US Supreme Court is unlikely to do away with a programme seen as vital to domestic security, while the IPT makes its decisions in private leaving any reform in Britain largely improbable.

If he reaches asylum, possibly in Nicaragua, Venezuela or Bolivia, Snowden could continue to leak crucial information regarding the NSA. The Obama administration finds itself in a crisis should he evade extradition: the inevitable slew of secrets weakening their international credentials.

Furthermore as Snowden reveals more regarding the collaboration of the US with Western European states, countries like Britain and France face a public dilemma as we learn more about the undermining of our personal liberties. These governments risk being whisked into undesirable public debate regarding the legitimacy of organisations such as GCHQ.

Even if Snowden returned to America to face trial the issue would not disappear. People will want to hear what he will say in court.

Many governments probably wish Edward Snowden was condemned to perpetual Limbo in Sheremetyevo Airport. But whatever happens, the repercussions of his actions are sure to endure for a long time as the debate between liberty and security rages ever on.