NEWS
Why is the UK so silent on Burma's human rights abuses?
19 Jul 2013
BY MIKE HARRIS

Without increased pressure from the US and UK, the apparatus of Burma’s military dictatorship will continue to exist, says Mike Harris

This article was first published at the Daily Telegraph 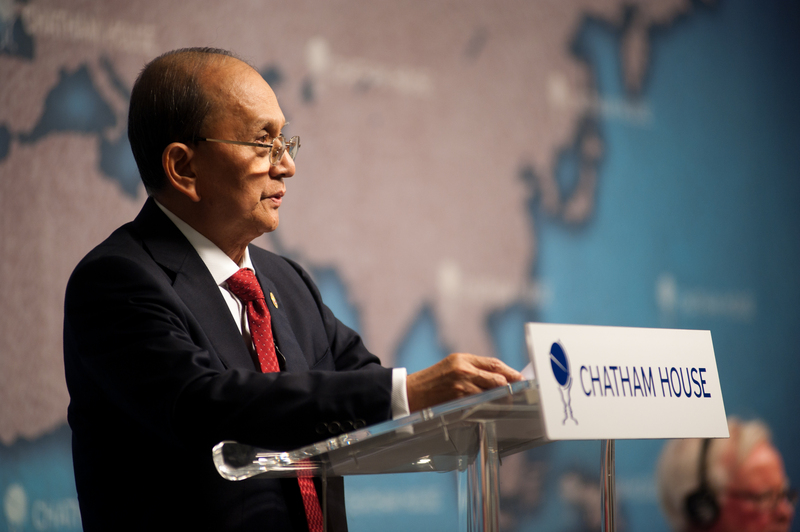 If you want to know how much has changed in Burma since the much-vaulted transition, try and put on a punk gig in the capital, Rangoon. It’ll take two months and require the signatures of eight bureaucrats from varying levels of government. You may never get permission. But to punks in Burma, the idea they may even be able to play publicly at all is progress.

This is transition Burma, a country full of contradictions where the military no longer hold captive Aung San Suu Kyi and have released some of the thousands of her fellow political prisoners — yet the full apparatus of the military state still exists. The worry is, while the UK and US drop sanctions and William Hague took the time to congratulate President Thein Sein in London for the progress made, little is being done to keep this progress on track. With the army implicit in the ethnic cleansing of the Rohingya Muslims and the country on the verge of widespread unrest, Burma is merely a few steps away from a full blown military dictatorship.

The transition to civilian rule is supposed to be making steady progress, yet power lies in the same place — with the military. As one journalist told us, “the generals have only changed their suits.” The sight of Aung San Suu Kyi alongside 43 of her National League for Democracy compatriots elected to Parliament in 2012 was hugely symbolic. But it is no more than symbolism for the League to hold an eleventh of the seats in the lower house.

The Union Solidarity and Development Party (USDP), a front for the old military junta, still controls all the main institutions of state. The USDP controls the presidency, nearly half the seats in the lower house and over half the seats in the upper house of the Burmese parliament. When the seats directly appointed by the military are included, the USDP has an overwhelming majority in both chambers. The majority of these USDP parliamentarians are former army officers or government officials with strong military connections. The lifting of economic sanctions will prompt new trade with Burma, but the West will be dealing directly with these generals who control both the state and many of the major economic interests.

While we were still watched by the secret police when we returned in 2013, we could operate openly. People came over freely to speak to us. Burma is now a country where comedian Zarganar (released from jail in October 2011) performs satirical skits on corruption with the President apparently watching on TV. Artists are pushing the boundaries of political art, Burmese producers mock the government with films such as “Ban that scene” that parodies the mean-spirit and laziness of bureaucratic censors and — for the first time — horror films are being made inside the country legally.

Politics is vibrant too. Cafe88 in Mandalay hosts political discussions that were illegal just a few years ago by former political prisoners, TV celebrities and journalists. The media is more free as well. Daily newspapers are back on sale and the infamous censorship boards that ruined courageous journalism by painting physically over articles with black ink have been abolished.

This new freedom, months old, is perilously fragile. As Index’s report on Burma found, the transition is not underpinned by essential legal and political reform. The current atmosphere of freedom stems from the police and security services not using their powers to curtail free speech. The full apparatus of the military state exists — it just isn’t being employed to the same extent — at the moment.

For instance, using an email account for “political purposes” carries a prison sentence of 15 years. If you use more than one account your sentence can be increased by 15 years per email address. Restrictions on public protest or performance are extremely strict, particularly outside Rangoon. At the start of this month, Time Magazine was banned under emergency legislation after it led with a front cover of nationalist monk U Wirathu and the title, “The Face of Buddhist Terror”. The ban criminalised the possession of even a single copy of Time. Meanwhile newspapers face the threat of a new press law that would bring in statutory regulation of the press.

President Thein Sein told Chatham House that in Burma “free speech exists … but of course more freedom can and will be granted when there is increased understanding of the duties and responsibilities that go with it.” This isn’t good enough. To protect free speech the government needs to put in place reform now. Pleasantries at Downing Street and congratulations at the Foreign Office can’t mask the fact that progress has stalled. The UK mustn’t allow President Thein Sein to get away with stalling reform until after the next election in 2015.

Unless the UK, EU and US are willing to put sanctions back on the table and in the meantime insist on a clear road map for reform, an incredible opportunity for a military dictatorship to become a civilian democracy will be lost.

Mike Harris is Head of Advocacy at Index on Censorship. @mjrharris