We all like to think of ourselves as free – free to think, free to feel, free to speak our mind. But are we? Can we say what we want on social media? Do we have a right to offend each other?

TRIPWIRES brings a thought provoking workshop to Bradford; an opportunity to engage with these incendiary issues in an enjoyable and accessible way.

In partnership with Freedom Studios. 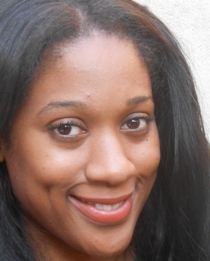 Emma is an actress and workshop facilitator, writer and director.

As a workshop facilitator Emma has worked for  The National Youth Theatre, Apples and Snakes and Hoxton Hall.

Freedom of Expression is a right and not a privilege, however I believe that this right comes with great responsibility and it is important to me that I use my voice to aid the freedom of expression of others and also use my skills as an artist to tell stories of those individuals and communities who do not have the freedom to have their voices head. 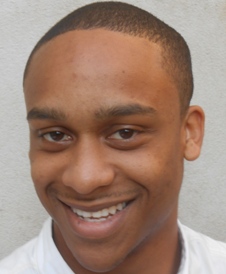 After completing a Performing Arts: Acting course at Westminster Kingsway College in 2008, Lance has pursued a career as a performer, project coordinator and workshop facilitator in the UK and abroad. In 2010 Lance embarked on a 6 months leadership-training course ‘Tripwires’ combining theatre, acting, writing and movement to create an open space for young people to explore freedom of expression, censorship and offence. Since then Lance has supported and led workshops for arts organisations including: Project Phakama UK, Index on Censorship, English PEN, Apples and Snakes, Urban Development, Immediate Theatre and Al Kasaba, Yes Theatre and Karama Children’s centre (In Palestine).

I studied Criminology and Law while always having a keen interest in Performing Arts. I work as an actress and founded the organisation FREE2B and henceforth, decided to live the life of a struggling creative in hope of gaining invaluable life experience. I came into contact with Index on Censorship via the TRIPWIRES Arts training and leadership programme, a joint collaboration between Index and Project Phakama UK. It is an innovative programme which engaged me into the Social Arts scene through exploration and gave me a sense of direction, a platform for expression and inspiration.

Freedom of Expression is a concept I still find very difficult to pin down. I find it vast and inconsistent, varying according to the context. For me it’s an opportunity to freely speak and do as I please, experiment and investigate boundaries without being censored by others. Freedom to express in theory is an individual right for everyone and a responsibility, one that must be reinforced among the human race. However, practically I find it can be exhausting. As a young British woman I still find it hard to express myself without the back lash from communities and conflict with my culture and traditions, leaving me confused and living in a society that  promotes Human Rights and protects your Civil Liberties and yet still leaves me struggling to find a voice and stance that won’t cause offence.