NEWS
Richard Dawkins, communalism, and the death of an Indian hero 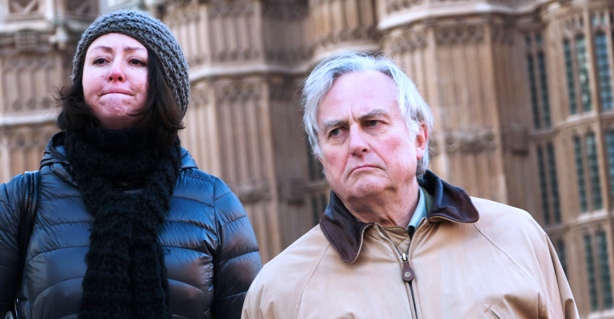 This week has seen an outbreak of atheist infighting, as Observer and Spectator writer Nick Cohen launched an attack at writers such as the Independent’s Owen Jones and the Telegraph’s Tom Chivers. Their crime, apparently was to focus criticism on atheist superstar Richard Dawkins for his tweets, particularly those about Islam and Muslims, while not criticising religious fundamentalists.

Jones and Chivers have both replied, quite reasonably, to Cohen’s article.

Dawkins’s controversial tweets display a political naivety that can often be found in organised atheism and scepticism. Anyone who’s witnessed the ongoing row within that community over feminism will recognise a certain tendency to believe that science and facts alone are virtuous, and “ideologies” based on something other than empirical data just get in the way.

Hence the professor can tweet the statement “All the world’s Muslims have fewer Nobel Prizes than Trinity College, Cambridge” as if this in itself proves something, without further thinking about the political, historical, social and, indeed, geographical factors behind this apparent fact, and then be surprised when people object.

I’m not going to suggest that Dawkins be silenced. He can and will tweet what he wants. And it’s worth pointing out that those on the liberal left who have raised concerns about Dawkins’s pigeonholing of Muslims can be equally guilty of treating all adherents to a religion as a monolithic bloc: this happens mostly with Muslims, but often, at least in the UK with Roman Catholics as well, as if declaring the shahada or accepting the sacraments is akin to being assimilated into Star Trek’s Borg. Any amount of non-Muslim commentators who opposed the Iraq war, for example will tell you that “Muslims” care deeply about the Iraq war, neatly soliciting support for their arguments while also casting themselves as friends of a minority group. And for a great example of treating “Catholics” as a single entity, Johann Hari’s address ahead of the visit by former pope Benedict XVI to Britain in 2010, takes some beating:

I want to appeal to Britain’s Roman Catholics now, in the final days before Joseph Ratzinger’s state visit begins. I know that you are overwhelmingly decent people. You are opposed to covering up the rape of children. You are opposed to telling Africans that condoms “increase the problem” of HIV/Aids. You are opposed to labelling gay people “evil”. The vast majority of you, if you witnessed any of these acts, would be disgusted, and speak out. Yet over the next fortnight, many of you will nonetheless turn out to cheer for a Pope who has unrepentantly done all these things.

I believe you are much better people than this man. It is my conviction that if you impartially review the evidence of the suffering he has inflicted on your fellow Catholics, you will stand in solidarity with them – and join the [anti-Pope] protesters.”

Hari is literally telling people what they think. A bit like the Vatican tries to do.

Communalist rhetoric, whether used to attack or support certain groups, is the enemy of free speech, as it automatically discredits dissenting voices: “If you do not believe X, as I say members of group Y do, then you cannot be a true member of the group; ergo you can be ignored, or censored.”

Nowhere is this more evident than in India, where communalism, thanks to the British Empire, is enshrined in law. The 1860 penal code of India makes it illegal to “outrage religious feelings or any class by insulting its religion or religious beliefs”. This establishes, in an odd inversion of the United States’s model of secularism, a state where all religions are privileged, while those who criticise them are unprotected. And in India, that can be dangerous.

Sixty-seven-year-old Narendra Dabholkar was killed this week, shot dead on his morning walk.

Dabholkar was a rationalist activist, in a country where that means a little bit more than agreeing or disagreeing with Richard Dawkins. Dabholkar and his comrades such as Sanal Edamaruku have for years been engaged in a war against the superstition that leaves poor Indians open to exploitation from “holy men”. A large part of their work involves revealing the workings of the tricks of the magic men, like a deadly serious Penn and Teller. Edamaruku famously appeared on television in 2008, trying not to laugh as a guru attempted to prove that he can kill the rationalist with his mind. Dabholkar was agitating for a bill in that would curtail “magic” practitioners in Maharashtra state.

Edamaraku is now in exile, fleeing blasphemy charges and death threats that resulted after he debunked the “miracle” of a weeping statue at a Mumbai Catholic church. His friend is dead. Both victims of those who have most to gain from communalism: the con men and fundamentalists for whom the individual dissenting voice is a threat. Atheists, sceptics and everyone else have a duty to protect these people, and to avoid easy generalisations, whether malicious or well meant.

6 responses to “Richard Dawkins, communalism, and the death of an Indian hero”