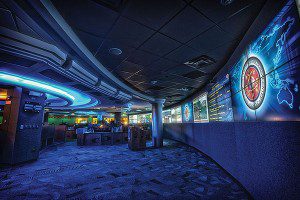 Revelations about mass surveillance operations by the NSA and GCHQ have caused outrage in Europe, South America and the United States. There have been demonstrations and angry interventions by heads of state, and even President Obama concedes that a debate needs to happen. But in Britain protest and discussion are very close to being silenced.

The Guardian newspaper, which led the New York Times, the Washington Post and Der Spiegel in publishing material from the NSA leaks, is almost alone in believing that mass civilian surveillance is a matter of vital public interest. And now the British government, Parliament’s Intelligence and Security Committee, the intelligence agencies and even some sections of the media seek to isolate the Guardian and shut down the debate with claims that these disclosures aid terrorists and put national security at risk.

This must not be allowed to happen. This independently organised meeting at RIBA, on November 4, is called to support the Guardian’s reporting and to assert the right to a full national debate, involving all parties, about surveillance powers and the need to ensure
that the intelligence services work within the rule of law and are subject to genuine Parliamentary scrutiny and oversight. That is the only way for a democracy to react to revelations that affect everyone’s liberty.