NEWS
Why no conviction for the men who killed Martin O'Hagan?

On the eve of International Day to End Impunity, the murderers of a Belfast journalist still evade justice 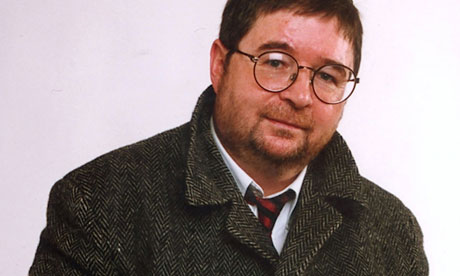 Earlier this week, the Northern Ireland Attorney General John Larkin suggested that investigations and prosecutions for violence carried out during “the Troubles” (that is to say, roughly between 1970 and the Good Friday Agreement of 1998) should be quietly dropped.

The idea, though well meaning, was not well received. Northern Ireland is constantly torn between wanting to forget about the past and requiring justice for history’s victims. It’s unlikely that it can have both at the same time.

The peace process did not bring an end to violence, in spite of the official line. Dissenting groups continued shooting and maiming, albeit in lower numbers.

Among them was the Loyalist Volunteer Force, which, in 2001, took the unprecedented-in-Ulster step of assassinating a journalist.

Martin O’Hagan was an investigative reporter for the Sunday World, an old-style tabloid published in Dublin and Belfast that specialises in stories about gangsters and paramilitaries. As a result, he had been harassed by paramilitaries on all sides, including being kidnapped by the provisional IRA. (He himself had been a member of the Official IRA before giving up on the cause and going into journalism)

O’Hagan had a particular interest in the activities of notoriously violent Belfast loyalist Billy Wright, whom he nicknamed “King Rat”. In 1992, Wright, then a member of the Ulster Volunteer Force, had attempted to have O’Hagan killed. Later, Wright’s splinter group, the Loyalist Volunteer Force, had attacked the Sunday World’s Belfast office.

In 1997, Wright, by then in prison, was killed by rival prisoners in the Irish National Liberation Army (questions remain for some over how the INLA managed to sneak a gun into prison).

Four years later, in 2001, O’Hagan was gunned down. The Red Hand Defenders, an operational name for the Loyalist Volunteer Force, claimed responsibility for the murder.

Twelve years later, no one has been convicted for O’Hagan’s murder. There had been hope that a case could be built against murderers based on a Loyalist “supergrass”, Neil Hyde. But in January, prosecutors dropped the case, citing a risk of basing it on uncorroborated evidence. In September, the case was passed to Northern Ireland’s police ombudsman for investigation. Though O’Hagan’s murder falls outside Attorney General Larkin’s proposed timescale for dropping prosecutions, there seems little prospect of a conviction any time soon

On 23 November, journalists mark International Day To End Impunity, highlighting the remarkable, disturbing frequency with which attacks on reporters go unpunished. It’s very easy to imagine that these are things that only happen in Mexico or Putin’s Russia.

This article was originally posted on 22 Nov 2013 at indexoncensorship.org