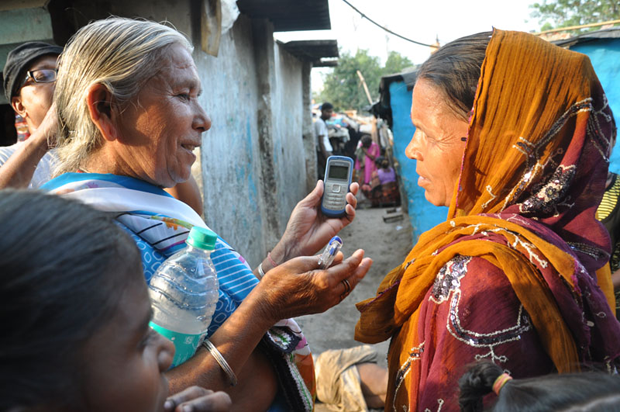 Key concerns in assessing online freedom of expression in India are the barriers to accessing the internet itself. There are a number of major obstacles to online access in India namely infrastructural limitations, cost considerations as well as illiteracy and language. In addition, this section argues that security considerations have created further barriers for Indian people to access the internet.

With around 120 million web users – 12.6 percent of India’s population – internet penetration is relatively low by global standards. Yet as cheaper smartphones enable millions more to access the net, usage is increasing and the government is prioritising digital access and development as a political objective. Digital access initiatives are being developed in India to fight illiteracy and poverty, promote Indian language content online, increase broadband penetration and speed in rural and urban areas, and improve the reliability of electricity.[42]

In May 2006, the government approved a National e-Governance Plan to implement national e-governance with the aim to make all government services accessible to localities. This project aims to connect more Indian citizens through the National Optic Fibre Network and takes into account the need to increase internet access in the country.[43]

One of the major barriers to access online content is language. There are 22 primary regional languages in India, but most online content is in English, a language only 11 percent of the population can read.[44] Civil society initiatives have moved quicker than the government. Journalist Shubhranshu Choudhary has created the news platform CGNet Swara, which lets people use their mobile phone to listen to and leave their own stories, bringing news to communities who don’t speak Hindi or English, and are therefore denied access to mainstream newspapers or news websites.[45]

Broadband access and the price remains a major barrier to digital freedom of expression with only 3% of households having a fixed internet connection in 2012.[46] For this reason, many Indian users access the internet via cybercafés. However in 2011, fearing that cybercafés facilitated criminal and terrorist activities, the Indian Government introduced strict rules restricting cybercafés under Section 79 of the IT Act.

Many have denounced the cybercafé rules as restricting access to cybercafés and infringing Indian citizen’s freedom of expression and privacy rights.[47] The rules are problematic in many ways. Firstly, they limit the creation and sustainability of cybercafés by imposing draconian administrative requirements. For example, cybercafés must also have the capacity to retain user identity information and the log register in a secure manner for a minimum period of a year.  Secondly, the rules directly limit citizens’ access to cybercafés. Cybercafés cannot allow users to use computer resources without providing an established identity document, a barrier for poorer people in rural communities who are disproportionately likely not to have the required identification.

India faces numerous obstacles to internet access, from infrastructural limitations to costs and language restrictions.[48] While government efforts to increase broadband penetration and speed in rural and urban areas are welcome, restrictions on access to and the functioning of cybercafés must be lifted.