NEWS
Oliver Tambo: "We have never ever doubted that apartheid will crumble some day" 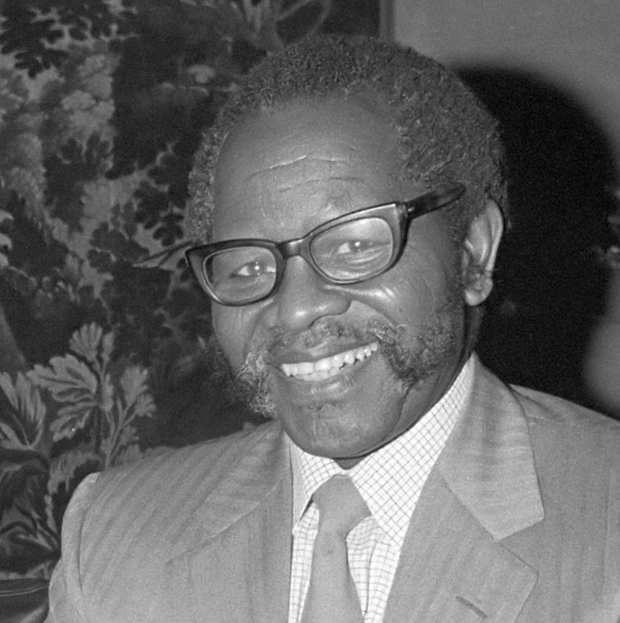 In May 1986 Oliver Tambo, then president of the African National Congress, was interviewed by former Index on Censorship magazine editor Andrew Graham-Yooll in Kuala Lumpur, Malaysia. The following are extracts from the conversation.

Are you planning for a time after apartheid?

Oliver Tambo: That should not pose a problem. We do not find it necessary as yet to have people assigned to specific roles in the new South Africa. I don’t think we should have any problem deciding who should do what. For the moment the priority is to concentrate on ending the system. We say we want a government that derives its mandate from the people of South Africa as a whole, a majority government. If we had to pick a cabinet we would do that without any difficulty.

We have never ever doubted that apartheid will crumble some day. Now, we are able to say some day soon. We have never had any doubt about this. We know that we will be in Pretoria soon – if we choose Pretoria to be the seat of government. But it is so notorious as the seat of apartheid that the people who will be in power (not necessarily Oliver Tambo) might want to go elsewhere. But there will be a government of the people in South Africa and we will all get there some day soon. We have never doubted this. Some day soon, is how we look at it. ‘Soon’ can be stretched. We labour under no illusions that apartheid will not fall without heavy sacrifices possibly even after a protracted and vicious confrontation. We are prepared for that but at the end of the day we know apartheid must end.

Is there a real possibility of a peaceful transition to majority government?

One hopes it will not be too violent, but we must be prepared for the reality.

Pressures have got to be external and serious up to the point where we are able to say apartheid has been destroyed and a new South Africa is emerging. But if we should withhold pressure, even withdraw it, then apartheid continues. It is only since 1985 that international pressure has begun to measure up to the demands of the situation, encouraged significantly by the rising pressures from within the country. These two have resulted in a new thinking on the part of those who are administering the apartheid system.

You have compared 19th century colonialism and racism and 20th century imperialism and apartheid.

The point was that at the heart of apartheid was racism. Apartheid is the strongest concentration of racist concepts put into action. But that did not start with apartheid, it was there before. It found expression in colonial practice. In fact, one can say that in South Africa racism started with the first settlers. It was with the Dutch before 1805. Well. I should not say the first because it was a later development.

When Dutch settlers got there they found indigenous people. There was no racism at that point, they were just different people. Subsequently, laws were introduced which enforced separation. Then the British came. Their most racist act was the constitution, which incorporates racist clauses. From there racism developed roots. Racists were encouraged and in the end they had a racist government in power. But they were built on the constitution adopted by a British government and so you have this monster of apartheid.

But the point is that what we see today has been there before. Perhaps the true process of reversal can only start in South Africa where it has reached its worst. If you can succeed in uprooting this thing in South Africa, I think that the fate will be to eliminate racist practices everywhere. Especially if we do succeed, as we are hoping, in creating a new relationship between people, learning from the horrors of the apartheid system. Just as we hoped that people who worked against Nazism would not want to entertain anything like it again. Those who have experienced the worst excesses of racism should want to get away from that totally. They should have a completely non-racial system of a kind which should be attractive internationally.

If only people could live together, innocent of colour, skin colour, of racial difference… South Africa therefore may well be the starting point of this end to racism which has been with us in the world for centuries.

How do you see the predicament of South Africa’s neighbours?

It is a predicament. They have been put in that situation by history. They found themselves in that position before independence. There was nothing wrong with that. South Africa was the heart of their economies and they were linked to South Africa. If you did not have the apartheid system, or if the transition to democratic rule in southern Africa had taken place at the same time as it did in these other territories we would have had no problem at all. But they became politically independent first and are therefore quite naturally opposed to the colonial system in South Africa. They were themselves involved in colonial struggles. They have achieved their objective of winning political power at least, we have not. So they support us.

But there is more to it than that. The apartheid system is inhuman to its victims and makes fools of them. So the neighbouring states want to see it ended. They do what they can, they recognise the reality of the situation. They do care, they cannot fight. They can only defend themselves if they are attacked. But even then it would not take too long before they were overwhelmed. They cannot impose sanctions because of their tremendous dependence on South Africa. But they do the next best thing, that is to organise themselves into a collective, SADCC, which seeks to reduce that dependence. That is the next best thing. They are neighbours, so they are liable to be harassed and destabilised. The South Africans can impose sanctions against them, they impose sanctions against Mozambique, they have imposed sanctions against Lesotho and they can invade and raid Botswana.

When we call for sanctions we have to make an exception, it is understood. We make an exception with regard to the countries that border South Africa, because their economies are dependent on trade with South Africa. So they are not called upon to impose these sanctions. They know that if sanctions were imposed they would be the worst affected, and they say that is the sacrifice they have to make. Of course, we all hope that the opponents of apartheid who enforce sanctions would want to minimise the adverse effect on these countries. In other words, we want them to be given assistance to enable them to survive the effect of sanctions.

This article was originally published in Index on Censorship magazine in 1986.