NEWS
EU and free expression: Threats against the media and journalists
09 Jan 2014
BY MIKE HARRIS 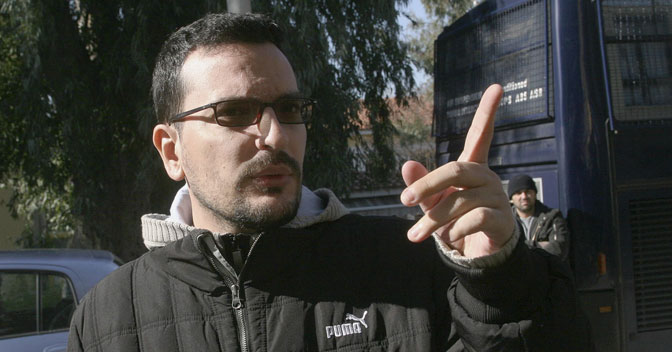 Sokratis Giolia, an investigative journalist, was shot dead outside his home in Athens prior to publishing the results of an investigation into corruption.

The European Commission now has a clear competency to protect media freedom and should reflect on how it can deal with political interference in the national media of member states. As the heads of state or government of the EU member states have wider decision-making powers at the European Council this gives a forum for influence and negotiation, but this may also act as a brake on Commission action, thereby protecting media freedom.

Italy presents perhaps the most egregious example of political interference undermining media freedom in a EU member state. Former premier Silvio Berlusconi has used his influence over the media to secure personal political gain on a number of occasions. In 2009 he was thought to be behind RAI decision to stop broadcasting Annozero, a political programme that regularly criticised the government. In the lead up to the 2010 regional elections, Berlusconi’s party pushed through rules which effectively meant that state broadcasters had to either feature over 30 political parties on their talk shows or lose their prime time slots. Notably, Italian state broadcaster RAI refused to show adverts for the Swedish film Videocracy because it claimed the adverts were “offensive” to Silvio Berlusconi.

Under the government of Prime Minister Viktor Orbán, Hungary has seen considerable political interference in the media. In September 2011, popular liberal political radio station “Klubrádió” lost its licence following a decision by the Media Authority that experts believed was motivated by political considerations. The licence was reinstated on appeal. In December 2011, state TV journalists went on hunger strike after the face of a prominent Supreme Court judge was airbrushed out of a broadcast by state-run TV channel MTV. Journalists have complained that editors regularly cave into political interference. Germany has also seen instances of political interference in the public and private media. In 2009, the chief editor of German public service broadcaster ZDF, Nikolaus Brender, saw his contract terminated in controversial circumstances. Despite being a well-respected and experienced journalist, Brender’s suitability for the job was questioned by politicians on the channel’s executive board, many of whom represented the ruling Christian Democratic Union. It was decided his contract should not be renewed, a move widely criticised by domestic media, the International Press Institute and Reporters Without Borders, the latter arguing the move was “motivated by party politics” which, it argued, was “a blatant violation of the principle of independence of public broadcasters”. In 2011, the editor of Germany’s (and Europe’s) biggest selling newspaper, Bild, received a voicemail from President Christian Wulff, who threatened “war” on the tabloid if it reported on an unusual personal loan he received.

Police interference in the work of journalists, bloggers and media workers is a concern: there is evidence of police interference across a number of countries, including France, Ireland and Bulgaria.  In France, the security services engaged in illegal activity when they spied on Le Monde journalist Gerard Davet during his investigation into Liliane Bettencourt’s alleged illegal financing of President Sarkozy’s political party. In 2011, France’s head of domestic intelligence, Bernard Squarcini, was charged with “illegally collecting data and violating the confidentiality” of the journalists’ sources. In Bulgaria, journalist Boris Mitov was summoned on two occasions to the Sofia City Prosecutor’s office in April 2013 for leaking “state secrets” after he reported a potential conflict of interest within the prosecution team. Of particular concern is Ireland, which has legislation that outlaws contact between ordinary police officers and the media. Clause 62 of the 2005 Garda Siochána Act makes provision for police officers who speak to journalists without authorisation from senior officers to be dismissed, fined up to €75,000 or even face seven years in prison. This law has the potential to criminalise public interest police whistleblowing.[1]

It is worth noting that after whistleblower Edward Snowden attempted to claim asylum in a number of European countries, including Austria, Finland, Germany, Italy, Ireland, the Netherlands, Spain, the governments of all of these countries stated that he needed to be present in the country to claim asylum. Others went further. Poland’s Foreign Minister Radosław Sikorski posted the following statement on Twitter: “I will not give a positive recommendation”, while German Foreign minister Guido Westerwelle said although Germany would review the asylum request “according to the law”, he “could not imagine” that it would be approved. The failure of the EU’s member states to give shelter to Snowden when so much of his work was clearly in the public interest within the European Union shows the scale of the weakness within Europe to stand up for freedom of expression.

Deaths, threats and violence against journalists and media workers

No EU country features in Reporters Without Borders’ 2013 list of deadliest countries for journalists. But since 2010, three journalists have been killed within the European Union. In Bulgaria in January 2010 , a gunman shot and killed Boris Nikolov Tsankov, a journalist who reported on the local mafia, as he walked down a  crowded street. The gunman escaped on foot. In Greece, Sokratis Giolia, an investigative journalist, was shot dead outside his home in Athens prior to publishing the results of an investigation into corruption. In Latvia, media owner Grigorijs Nemcovs was the victim of an apparent contract killing, which Reporters Without Borders claims appeared to be carefully planned and executed.103 Nemcovs was also a political activist and deputy mayor, and his newspaper, Million, was renowned for its investigative coverage of political and local government corruption and mismanagement.

While it is rare for journalists to be killed within the EU, the Council of Europe has drawn attention to the fact that violence against journalists does occur in EU countries, particularly in south eastern Europe, including in Greece, Latvia, Bulgaria and Romania.[2] The South East Europe Media Organisation (SEEMO) has raised concerns over police violence against journalists covering political protests in many parts of south eastern Europe, particularly in Romania and Greece.

[1] There is an official whistleblowing mechanism instituted by the law, but it is not independent of the police.