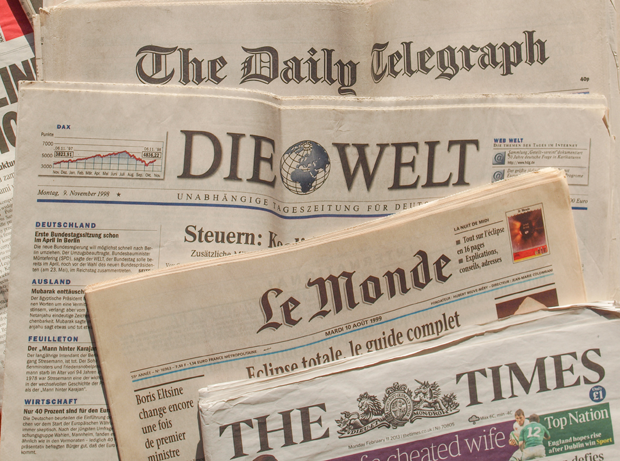 “Currently the EU does not have the legal competence to act in this area [media plurality] as part of its normal business. In practice, our role involves naming and shaming countries ad hoc, as issues arise. Year after year I return to this Parliament to deal with a different, often serious, case, in a different Member State. I am quite willing to continue to exercise that political pressure on Member States that risk violating our common values. But there’s merit in a more principled way forward.”

Media plurality is an essential part of guaranteeing the media is able to perform its watchdog function. Without a plurality of opinions, the analysis of political arguments in democracies can be limited.[1] Media experts argue that the European Commission has the clear competency to promote media plurality, through legal instruments such as the Lisbon Treaty and the Maastricht Treaty, but also second EU legislation. Yet, the commission has until now left the promotion of media plurality up to member states. This section will outline the ways in which some member states have failed to protect media plurality. In recent years, Italy has been the most egregious offender. Italy’s failure to protect media plurality has heightened the pressure on the European Commission to act.

The Italian “anomaly” in broadcast media included: duopoly domination in the television market, with the country’s former prime minister Silvio Berlusconi also the owning the country’s largest private television and advertising companies and a legislative vacuum that failed to prevent media concentration, as well as public officials having vested interests in the media. Legislation purportedly designed to deal with media concentration, such as the Gasperri Law of 2004, may have helped preserve them. When Mediaset owner Silvio Berlusconi became Prime Minister, he was in a powerful position, with influence over 80% of the country’s television channels through his private TV stations and considerable influence over public broadcaster RAI. This media concentration was condemned by the European Parliament on two occasions. In order to promote media plurality, in July 2010, the European Commission ruled to remove restrictions on Sky Italia that prevented the satellite broadcaster from moving into terrestrial television, in order to promote media plurality. It is possible that now the EU would have a clearer mandate to intervene using Article 11 of the Charter of Fundamental Rights of the European Union, which came into force in 2009.[7] The Commission, however, did not intervene to prevent the conflict of interest between Premier Silvio Berlusconi, his personal media empire and the control he could exercise over the public sector broadcaster.

There are a number of EU member states where media ownership patterns have compromised plurality. A 2013 study by the Centre for Media Pluralism and Media Freedom showed strong media concentrations prevalent across the EU, with the largest media groups having ownership of an overwhelming percentage of the media. These media concentrations are significantly higher than the equivalent US figures.

However, the most concentrated market was the online market. The internet’s ability to facilitate the cheap open transmission of news was expected to break down old media monopolies and allow new entrants to enter the market, improving media plurality. There is some evidence to suggest this is happening: among people who read their news in print in the UK, on average read 1.26 different newspapers; those who read newspapers online read 3.46 news websites.

Yet, many have raised concerns over the convergence of newspapers, TV stations and online portals to produce increasingly larger media corporations.[2] This is echoed by the European Commission’s independent High Level Group on Media Freedom and Pluralism. The High Level Group calls for digital intermediaries, including app stores, news aggregators, search engines and social networks, to be included in assessments of media plurality. The Reuters Institute has called for digital intermediaries to be required to “guarantee that no news content or supplier will be blocked or refused access” (unless the content is illegal).

Media plurality has not been adequately protected by some EU member states. The European Commission now has a clearer competency in this area and has acted in specific national markets. MEPs have expressed concerns over the Commission’s slow response to the crisis in Italian media plurality, a lesson that the Commission must learn from. In the future, with increasing digital and media convergence, the role of the Commission will be crucial for the protection of media plurality; otherwise this convergence could have a significant impact on freedom of expression in Europe.

[1]Index on Censorship, ‘How the European Union can protect freedom of expression’ (December 2012)