Controversy surrounds proposed amendments to a 2007 law, which would give the government wide ranging power over the internet 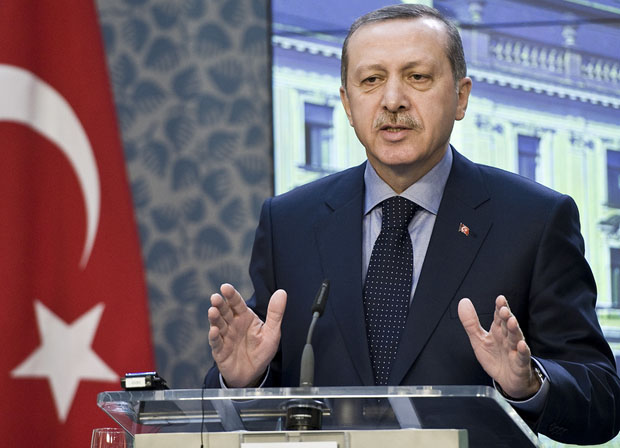 Turkish authorities have this week come under severe criticism for their proposed amendments to the country’s internet law, which among other things, would effectively allow the government to block websites.

The changes, tabled by the Family and Social Policy Ministry of Prime Minister Recep Tayyip Erdogan’s government, “would give the transport and communication minister the power to block websites deemed to infringe privacy, as well as compelling internet service providers to retain information of their customers’ movements on the net,” reports The Financial Times. “The measure, attached to an omnibus bill, increasing its chances of passage, would also require ISPs to restrict access to proxy sites, which can allow users to circumvent censorship,” it added.

DW reports that “the director of Turkey’s internet regulatory agency would be allowed to act immediately and unilaterally “in case of emergency”. After 48 hours, those decisions would theoretically have to be approved by a judge.” It also states that “under the new law, the government would also be allowed to block individual URLs instead of entire websites” — meaning they could technically block individual social media profiles — and that ISPs would be forced “to join a state-controlled association in order to continue doing business”.

The move comes after a high-profile corruption scandal which has implicated parts of the country’s political elite, and as the government is also trying to increase its power over the judicial branch. However, it is also believed to be part of an ongoing crackdown on internet freedom, and connected to the widespread use of social media during the anti-government Gezi Park protests last summer.

“According to Google’s most recent transparency report, the Turkish government requested the removal of 9,610 items from the internet in the first half of 2013, the most in the world and about three times as many as the United States, which had the second-most,” writes Slate. “Google complied with only 13 percent of Turkey’s requests, which included “a court order to remove any search results linking to information about a political official and sex scandal,” “a Google+ profile picture showing a map of Kurdistan,” and “17 YouTube videos and 109 blog posts that contained content critical of Ataturk.” YouTube was blocked entirely over videos deemed insulting to Ataturk in March.”

Only last Friday, video sharing site Vimeo was blocked. “The blocking of Vimeo came after protesters frequently used the website to share videos covering the nation-wide anti-government demonstrations during month-long Gezi protests in last summer,” writes Cihan. “The move is seen by many people as silencing internet tools to prevent dissidents and citizen journalists from sharing video footage regarding any social and political activity,” they add.

The proposal has been met with high-level opposition.

“The law, which results in limiting the individual’s fundamental rights and freedoms, has also been subject to a ‘rights violation’ ruling of the European Court of Human Rights,”the Turkish Industry and Business Association (TÜSİAD) said in a statement, reported by Hurriyet Daily News. “In such a situation, the planned amendments to the law are concerning and will increase censorship on the internet. The draft should be cleared of articles that could harm the fundamental rights and freedoms and the internet economy that is growing every day.”

The head of the Turkish Informatics Foundation (TBV), Faruk Eczacibasi has also spoken out: “We have been saying since 2007, when this law came into force, that it would harm our country’s chances of becoming a society based on knowledge. In 2012, the European Court of Human Rights also ruled that this law violated the freedom of expression as well as other human rights,” reports Al-Monitor, adding that “at a time when we continue to call for these mistakes to be corrected, and for human rights to be respect while monitoring the internet, we regret to see the exact opposite happening”.

However, the government has hit back. “With the new legal arrangement, we intend to protect individual rights. Let’s say one of our citizens has become a victim [of a privacy breach]. He won’t have to wait for an answer from the provider of the content. He can directly apply to the court for it,” said Transport and Communication Minister Lütfi Elvan, reports Turkish Weekly.

“This legal arrangement is by no means a regulation that brings censorship. It is one that helps [Turkey] to reach the standards of developed countries and makes the present law more functional.”

But lawyer Serhat Koç, a spokesperson for the Pirate Party of Turkey told bianet: “If the draft will be implemented, the life will harder for internet users in Turkey. Censors on citizen journalism, scientific research and social media will be a routine.”