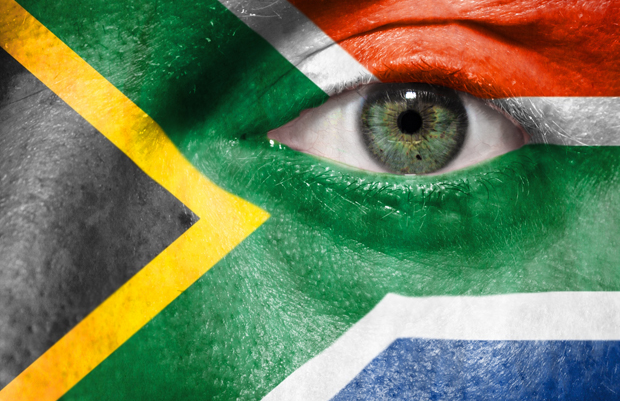 In what seems like a purge, South Africa’s Independent News and Media (INM) group is shedding many of its foremost journalists and commentators. Simultaneously, the company’s newspapers have stepped up coverage of the personal ruminations of its new chairperson, Dr Iqbal Survé.

The current turmoil started with the summary dismissal of respected Cape Times editor Alide Dasnois on 6 Dec last year. It coincided with the publication on that date of a lead article on page one on corruption in which Survé’s company Sekunjalo Holdings was implicated. The Cape Times is part of the INM stable which includes 18 daily and weekend titles.

Dasnois was at first threatened with a lawsuit in a letter from Survé’s lawyers. Dismissal followed, for which the reasons changed over time. One “reason” is the use of a wraparound around the 6 Dec edition to commemorate South African icon Nelson Mandela’s death. The conflict escalated to the op-ed and letters pages. The paper’s op-ed editor, Tony Weaver, on Dec 13 justified the wraparound as forced by limited time. It still contained the latest news and reflections.

Aneez Salie, appointed as Cape Times deputy editor after Dasnois was fired, opposed Weaver’s assertions, saying “we could’ve and should’ve changed page one”. He ended with a declaration of “no surrender”.

Salie’s intervention was met with a counter-position from assistant editor Janet Heard, arguing that the debate about the wraparound is a distraction from the real reason for Dasnois’ dismissal, which is the page one article on Sekunjalo’s implication in corruption.

Mde and Brown’s article cast the questioning of Dasnois’s dismissal as being part of “skewed patterns of power (economic, political, and discursive) in South Africa 20 years into democracy. A small but very privileged and racially definable minority still controls the tools of public discourse… This group has resisted and fought against transformation of the media, be it in ownership, management, or in newsrooms. They’ve grown adept at paying lip service to the goals of transformation and media diversity, but in truth remain against them, as their joint and individual actions demonstrate… Survé… wears his ANC [ruling party] heart on his sleeve… Anyone who cannot bring themselves to accept [INM’s] new owner or its direction under him, must as a matter of principle leave”.

An unedited version of the article apparently appeared in the Cape Argus with claims that prompted both Weaver and Heard to lodge grievances with the company’s human resources department.

The first head to roll was that of labour specialist Terry Bell. His column of 18 years’ standing was “suspended”. Bell is respected as a leftist analyst of trade union matters. His column was canned a few days after he penned the following:

Transformation of the media in South Africa is essential… [It] is not merely a matter of ownership, but of control of subject matter and the manner in which it is reported. This, obviously, has a bearing on ownership, because those who own often try — and all too often succeed — in manipulating media output… [T]ransformation has to do with training and professionalism and little, if anything, to do with the pigmentation of the practitioners, let alone the owners.”

In response to a call from the Congress of South African Trade Unions (Cosatu) to reinstate Bell, group editor Brown responded that the newspapers will “not take instruction from Cosatu”. Cosatu is the largest trade union federation in the country and is aligned to the ruling African National Congress. Weaver and Bell have since been the target of further disinformation, rebutted by Weaver.

Shortly afterwards, Business Report Cape bureau chief Donwald Pressly was suspended for putting his name forward for the parliamentary lists of the Democratic Alliance, the official opposition party. Next followed the resignation of Business Report editor-at-large Ann Crotty, an award-winning writer on issues such as executive pay, citing the following reason:

The decision was the result of a troubling sequence of events. While I acknowledge the rights of owners, I think the balance between the rights of the owners, the rights of readers and the rights of journalists has slipped out of kilter at the Independent Group. If you look at what [has] been happening at Independent, there is a sense that we – the journalists – might be too concerned with the views of the Chairman. My decision to leave is largely motivated by the fact that we shouldn’t be writing for the Chairman and the owners. We should be writing for our current readers as well as readers we hope to attract.”

Indeed, a marked surge in articles on Survé can be noted as the newspapers shed more and more senior journalists. An interview published on 23 Jan featured his “Davos agenda” during his attendance of the World Economic Forum. Headlined “building a media legacy”, another Q&A with Survé conducted by Cape Times editor Gasant Abarder was published on 31 Jan. This was followed by another interview on 13 Feb, headlined “The man who wants to change the world”. The latter contained insights such as: “Every day he affords himself a few minutes of meditation – early in the morning and late in the evening. He then asks himself the following: ‘What good will I do today?’ and then in the evening: ‘What could I have done differently?’”

In another article, published 17 Feb, Survé ruminated on “what I got out of Davos”.

Some would argue that the World Economic Forum (WEF) annual meeting in Davos is no more than a cosy club for the elite… But Davos is so much more than that. Two weeks after my return from this annual event, I find myself returning constantly to the conversations, the engagements and the sharing of thinking. I do this as I return to the day-to-day business of my life and find that I am richer for that week…”

Both Bell and Crotty are known as stringent critics of the annual Davos get-together of capitalists. Meanwhile, the use of the Independent papers to attack Sekunjalo’s competitors has continued.

The exodus continues with the resignation of Moshoeshoe Monare as editor of the Sunday Independent. Shortly after Dasnois’ sacking, he wrote a column asserting:

Editorial independence to me means that the decision regarding the content of The Sunday Independent – whether wrong or right – lies with me. It means my bosses trust that I will exercise my duties without any interference. It means Dr Survé and his companies – including Independent Newspapers – will also be subjected to our editorial scrutiny.”