NEWS
Zambia: How much can a new constitution really change?

After countless missed deadlines, Zambia is finally making progress towards a new constitution. But real change will require more than just a piece of paper. 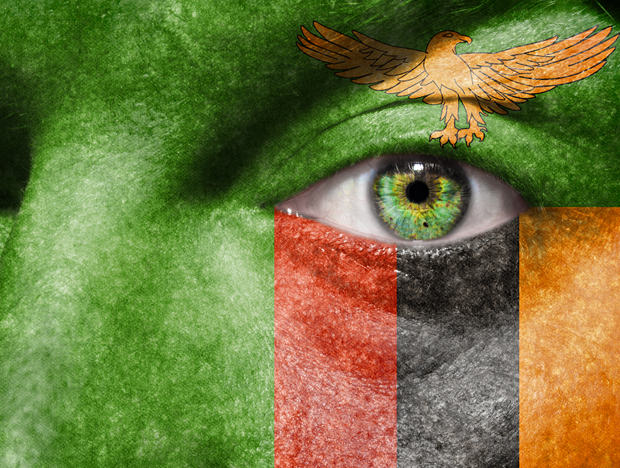 By Paul Carlucci for Think Africa Press, an online magazine that offers commentary and in-depth analysis from leading African and international thinkers.

Lusaka, Zambia: A little over two years ago, when Michael Sata was campaigning for Zambia’s top office, he promised that, if elected, he would finally bring to an end a decade of abandoned legal reform and deliver the country a definitive new constitution. Not only that, but he would do it within 90 days of taking power.

Sata’s election campaign was successful, and soon after taking office in September 2011, the new president − along with his Patriotic Front (PF) government − tasked a committee of lawyers and academics with drafting the document.

Things soon slowed down however, and it is only now − several shrugged-off deadlines later − that Zambia seems to be nearing the completion of its constitutional process. Though that’s not to say things are necessarily moving smoothly. In December 2013, the government blocked the constitutional committee from releasing its final draft to the public, insisting it be sent to the government alone, while allegations have emerged that Sata has changed his mind about Zambia’s need for a new constitution, believing instead that the existing one can simply be amended.

The government has rejected these claims, asserting that Sata’s commitment to a new constitution remains “unshakeable”, and his two-year-old promise continues to loom large in the psyche of an increasingly outraged brigade of critics. After the 2014 budget revealed a skew of alarming numbers and the global rating agency Fitch downgraded the country’s credit rating, the PF’s economic success story lost its celebrated momentum, leaving it with little more than a narrative of heavy-handed autocracy.

Many of the government’s opponents have closed in on the constitution as a panacea for all that ails the country, a movement that culminated in a major demonstration at the Cathedral of the Holy Cross in Lusaka and which took a sensational twist on 15 January when the outspoken Zambian Watchdog published what it claims is a leak of the final draft.

A torrent of official statements followed as the drafting committee denied originating the leak, the police vowed to clamp down on what they termed a ‘cybercrime’, and the government vowed to track down and punish the perpetrators of the leak. The cabinet, which is meant to be deliberating the final draft, also claimed it hasn’t yet received its copies of the document.

While the authenticity of the leaked constitution is uncertain, it doesn’t stray far from the publicly available first draft, or even from previous drafts commissioned under past administrations. Zambia’s electoral system is addressed, requiring candidates to garner over 50% of the vote to hold presidential office, while parliament would be composed of members elected through a combination of first-past-the-post and proportional representation.

The draft Bill of Rights − which includes classical first generation rights as well as social, economic and cultural rights − is also more clearly articulated than it is in the existing constitution, and it seems to be these protections, more than technical changes to governance structure, that the opposition is longing for. They complain that their protests have been menaced by police and ruling party thugs, that critical media outlets have been persecuted by the government, and that the general population, especially outside the capital Lusaka, slogs through a life of poverty, illiteracy and environmental degradation.

Indeed, tackling these problems is crucial, but here’s the rub: there’s more than enough substance in the existing constitution to transform human rights in the country. That’s not the issue. The real problem is that successive administrations, including those headed by members of the now opposition Movement for Multiparty Democracy (MMD), simply cast off their legal responsibilities when it suits them. What needs to be tackled is Zambia’s tradition of impunity, which dates all the way back to the era of its independence president, Kenneth Kaunda.

When Zambia was granted independence in 1964, it started its new life with a multiparty framework, led by Kaunda’s United National Independence Party (UNIP), which had won 55 of 75 seats in the pre-independence elections. But this wasn’t to last. In 1972, keen outmanoeuvre political opponents both inside and outside the ruling party, Kaunda banned all political parties apart from UNIP. In 1973, he formalised one-party rule in a new constitution that also that consolidated state power in the president’s office.

It was only 18 years later when Zambia was choked by debt and was facing mounting pressure from the international community that Kaunda commissioned a hasty legal review. That move led to the establishment of the 1991 constitution and multiparty elections that brought MMD leader Fredrick Chiluba to power.

Not a lot has changed since then, despite the reform commissions that have been mandated, the reports that have been produced, and the many amendments proposed. One amendment that has been passed was a provision barring candidates with foreign parentage from running for the presidency. Chiluba, assisted by Sata, who was then a member of the MMD, managed to force through this provision in 1996, effectively blocking Kaunda, whose father was born in neighbouring Malawi, from returning. The amendment still exists today, but the kinds of reforms that would hold leaders more closely to account have remained elusive.

A tradition of impunity

However, in many ways, the existing constitution does a lot of things right. It contains all the baseline requisites such as human dignity, equality before the law, protection from inhuman treatment, freedom from slavery, and freedoms of religion and expression. It also explicitly protects young people from various forms of exploitation. And under the Directive Principles of State Policy section, its clauses address employment, shelter, disability, and education. It does use some derogatory language, but so too do the current drafts of the new constitution.

The problem is that despite these legal mandates, correctional facilities are overcrowded and access to justice fails many prisoners in remand; there’s a long track record of beating, arresting, and criminally charging journalists, civil society leaders, and political figures who criticise government; poverty is endemic in rural areas, where education and healthcare facilities are also inadequate and the means of pursuing a gainful livelihood are largely absent.

When it comes to social and economic rights, many developing countries explain their failures in terms of cost. How can a poor nation like Zambia be expected to improve the lot of its direly undeveloped rural areas? How can it extend its meagre health and educational resources that far? How can it afford what human rights theorists call ‘positive rights’, those measures that require government action to protect and maintain?

Part of the answer is to dam the ever-bubbling backwaters of corruption, which divert enormous sums from the country’s development agenda. While corruption charges and trials do occur – usually motivated by political reasons – leaders from Chiluba to Sata have done little to substantively affect the diversion of public money from development to private bank accounts, while Chiluba in particular oversaw the country’s most notorious chapter of embezzlement.

Steak on the table

In the short term, real change won’t emerge from the government’s legal apparatus. It will have to come from outside. Protesting Zambians have chalked up victories before, as when public demonstrations played a role in dissuading Chiluba from seeking an unconstitutional third term. And if NGOs, beleaguered though they are by looming registration reforms, were to focus their efforts on mobilising not just urban Zambians, but also those people living in undeveloped areas, more tangible results could be achieved.

But it’s not just a case of focusing their efforts. It’s a case of refocusing them. The fight for a new and improved constitution is certainly a worthy one, but civil society organisations have made a holy grail of constitutional reform, as if delivery will automatically slacken the state’s grip on an array of levers it freely abuses, from stacking the judiciary with supporters to deploying waves of violent thugs in by-election campaigns.

The current opposition, meanwhile, is only too pleased to ally itself with activists, but given the MMD’s own history of unjust governance, the teaming up is clearly for self-serving reasons. Rather than giving politicians such an elevated podium from which to reinvent themselves, civil society would do better to zero in on specific rights violations and protest those on the same scale as they do constitutional reform.

The other piece of this puzzle is the international community. That’s a difficult prescription for a continent whose leaders routinely play their populations against what they frame as foreign interference, but sustained pressure from multilateral organisations able to reference even the current set of constitutional guarantees would help consolidate demands made in the streets.

None of this is to say that robust laws can’t lay the groundwork for a future of mature, responsive governance. A strong legal framework, no matter its current irrelevance, will make for useful terms of reference in a more developed future, and human rights theorists habitually point to ambitious laws as key components to equitable progress. Indeed, what is a pie in the sky today could very well become steak on the plate tomorrow. The point is that it will take more than a good-looking tablecloth to make that happen.

This article was originally published on 21 January 2014 at Think Africa Press and is reposted here by permission.

Paul Carlucci is a Canadian writer and journalist based in Lusaka, Zambia. He has reported from Ghana and Ivory Coast for Think Africa Press, IPS Africa, Al Jazeera English, the Toronto Star, and the Toronto Standard. His collection of short stories ‘The Secret Life of Fission’ is available through Oberon Press. Follow him on twitter @PaulCarlucci.